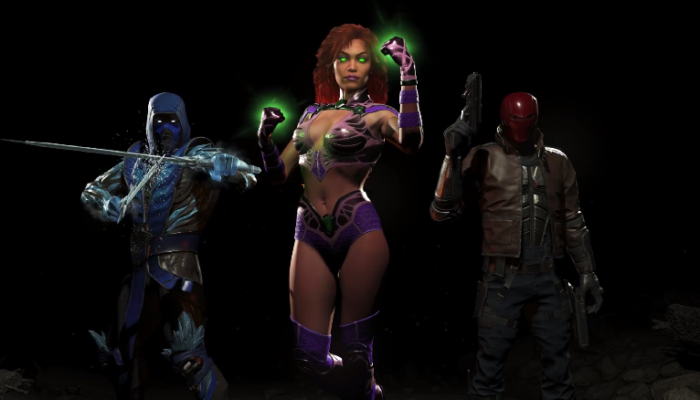 Injustice 2 has finally brought the popular DC-based brawler back into the hands of many gamers who have been working tirelessly to master their favorite heroes and perfect punishing combos. But while players are still having fun taking the likes of Batman and Harley Quinn to the lab, there are plenty of people waiting to see when they will get their hands on some of the DLC content that was teased just before the game’s release. Just in case the anticipation wasn’t killing you yet, however, creative director Ed Boon has officially gassed up Starfire’s super and we all want to see if it will live up to the hype.

Boon recently stopped by the DC Entertainment studio to discuss DLC plans for Injustice 2. During the discussion he explained that DLC content for Injustice 2 will be spread out throughout the year with some of the anticipated nine additional characters coming this summer and others not being released until the end of the year. He didn’t mention specifics about when players should expect the three DLC characters that have already been announced (Sub-Zero, Starfire and Red Hood) but he did go so far as to make quite a big claim about one of their supers.

It turns out that in Boon’s opinion, Starfire’s super could be one of the most epic in the game in terms of scale. It’s a pretty big claim considering the game already features supers that have characters getting punched into space or getting personally getting dragged into the sky by the Batplane. Starfire, however, will actually take enemies into space before going supernova and it’s apparently quite a spectacle. Unfortunately, there is still no telling when exactly players will get to see this epic super unfold. While it’s safe to assume Starfire, Sub-Zero and Red Hood will be among the first characters to be added to the game via DLC, NetherRealm hasn’t made any promises. Boon even made sure to steer clear of giving specific release dates during his sit down with DC Entertainment.

In addition to even further hyping the addition of Sub-Zero to the game, Boon also mentioned that more guest characters would be on the way. The Sub-Zero announcement was certainly met with quite a bit of excitement throughout the entire community so it’s very likely that NetherRealm will drop more of the characters from their Mortal Kombat series into Injustice 2. For now, we will all be stuck waiting with much anticipation to see what the first DLC brings us. Fingers crossed that we’ll find out soon.