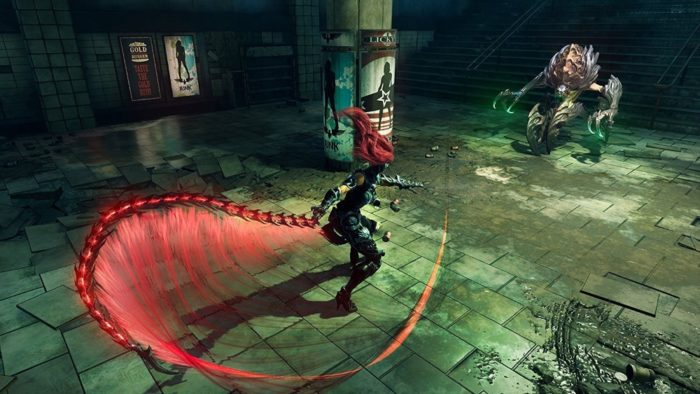 Darksiders fans will be pleased to learn that it looks like Darksiders 3 is on its way. The series has become very popular since its debut in 2010 and the 2012 sequel was also well received. The hack-and-slash series allows players to take control of a horseman of the apocalypse and go up against the forces of heaven and hell.

Those eager for a third installment will be pleased to learn that an Amazon listing has ousted the existence of a third game, and even includes screenshots. The listing reveals that players will take control of one of the horse(wo)man of the Apocalypse, Fury. The description reads that players must “harness [her] magic to unleash her various forms–each granting her access to new weapons, moves, and traversal abilities.”

It goes on to state: “Explore an open-ended, living, free-form game world in which Fury moves back and forth between environments to uncover secrets while advancing the story.” Your objective is to “defeat the Seven Deadly Sins and their servants who range from mystical creatures to degenerated beings.”

The rest reads: “Return to an apocalyptic Earth in Darksiders III, a hack-n-slash action-adventure where players assume the role of Fury in her quest to hunt down and dispose of the Seven Deadly Sins. The most unpredictable and enigmatic of the Four Horsemen, Fury must succeed where many have failed–to bring balance to the forces that now ravage Earth. Darksiders III is the long-anticipated, third chapter in the critically-acclaimed Darksiders franchise.”

Several screenshots have also been released:

The listing states the game will be available on the PlayStation 4, Xbox One, and PC. A release date of December 31 is given but this is most likely a placeholder date.