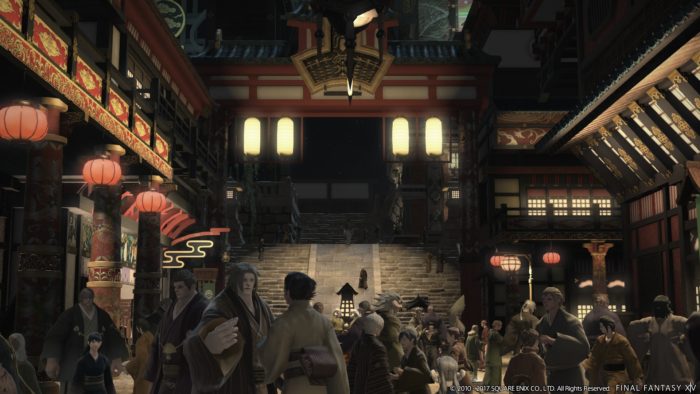 Square Enix has just released a batch of new images for the upcoming Final Fantasy XIV expansion, Stormblood. First and foremost, we get a brief glimpse at the new social hub city of Kugane. The images also include several pieces of concept art and models of the characters that will be featured in this latest chapter. There are also a few screenshots of various story events and cutscenes from the expansion itself, as well as a possible new mount.

Stormblood will continue the epic Final Fantasy XIV saga, this time bringing the Warrior of Light to Ala Mhigo, where players will be tasked with freeing the land from the grip of the empire. The expansion also brings about several important game improvements, the most notable one being the increase in inventory and armory space. Players will also get to try out new jobs like the Red Mage and Samurai, both of which are DPS classes. You can check out the new images in the gallery down below.

Final Fantasy XIV: Stormblood is set to be released for PC and PS4 on June 20.