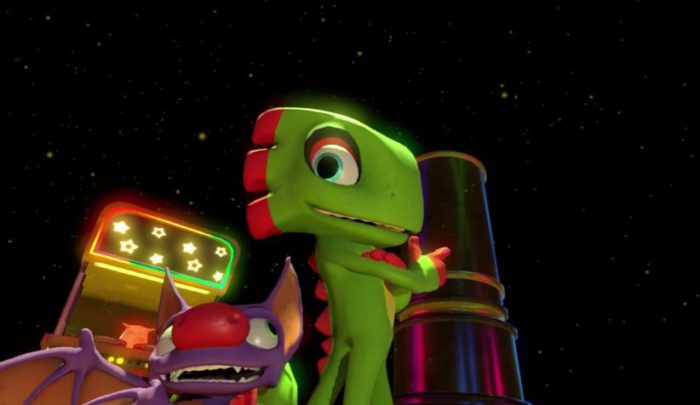 Yooka-Laylee is a homage to the great platformers of old, filled with plenty of collectibles and cute characters. Anyone that played 90s platformers will remember the iconic DK Rap, introducing Donkey Kong himself with a funky beat. Well the good news is that familiar beat has returned for Yooka-Laylee.

Many of the classic platforming titles like Donkey Kong 64 and Banjo Kazooie were scored by the composer Grant Kirkhope, who’s returning to give Yooka-Laylee that nostalgic feel. Kirkhope was responsible for the iconic DK Rap, and he’s once again worked his magic to give Yooka-Laylee a funky new rap song too. You can see the rap in its entirety down below, and here’s a couple choice lines,

“His name’s on the box, and he’s green as heck. But cross this lizard, and you’ll get wrecked.”

Yooka-Laylee will release on April 11 for PC, PlayStation 4, and Xbox One. A Nintendo Switch version of the game is also planned, although we don’t have a release window for it as of yet. While you’re at it, take a sneak peek at the multiplayer arcade games featured in the title.

How do you think the new rap measures up against the legendary DK Rap? Let us know down in the comments below.