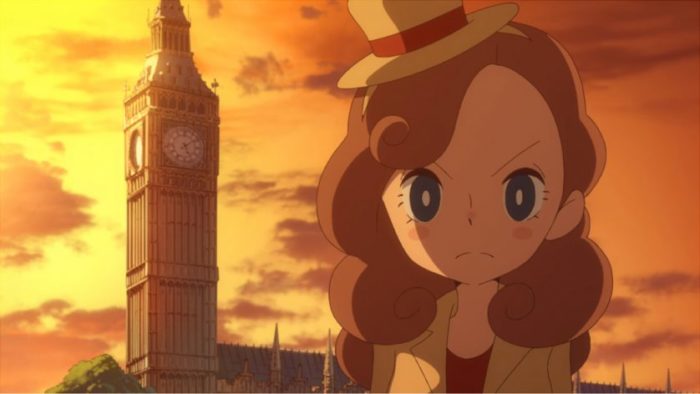 Lady Layton was announced for the 3DS and smartphones last year, and Level 5 has just released a new animated trailer for the game. The trailer gives us an introduction to some of the new characters in the story, and the city of London. You can check out the new trailer down below.

The story stars Katrielle as the lead protagonist, and we learn that she originally became a detective to try to track down her father, Hershel Layton. Professor Layton himself had mysteriously vanished, so Katrielle took on this profession in an attempt to find him. The new game will follow this overarching story, while tasking players with solving various cases around London. Katrielle also has an assistant to help her out, and that is none other than Sharo, a strange talking dog.

The new Lady Layton game is set to be released for iOS and Android devices on July 20 in the west, and a 3DS release date has not yet been announced.