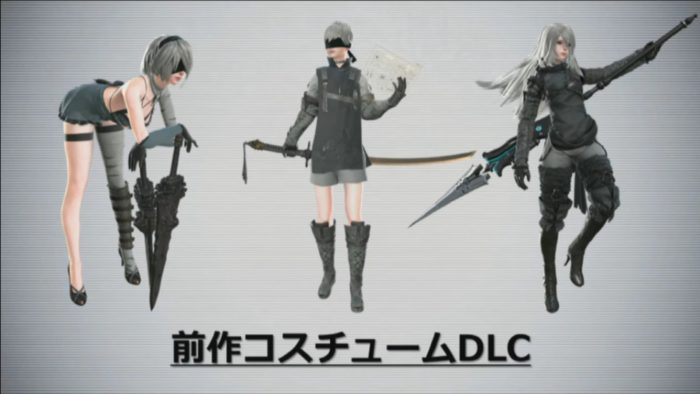 As announced during a livestream yesterday, NieR: Automata will be getting some DLC later this year. The DLC includes three new costumes for 2B, 9S, and A2, as well as a new colosseum that lets you fight against new enemies and bosses. The DLC has just been confirmed for western release as well, though a release date was not specified. In addition to that, the colosseum will let you enjoy a boss battle against the CEOs of Square Enix and Platinum Games. You can check out the new gameplay footage down below.

As you talk to the NPC to try to trigger the boss fight, the Resistance member will warn you that the fight itself will most likely ruin your sense of immersion in the game. The gameplay footage ends with A2’s defeat in the fight against the CEOs, and the Resistance member states that CEOs are the most powerful beings on the planet, so it’s only natural that she lost the fight in a humiliating way.

NieR: Automata is now available on PS4 and PC. We’ll keep you updated as more info about the DLC comes our way.