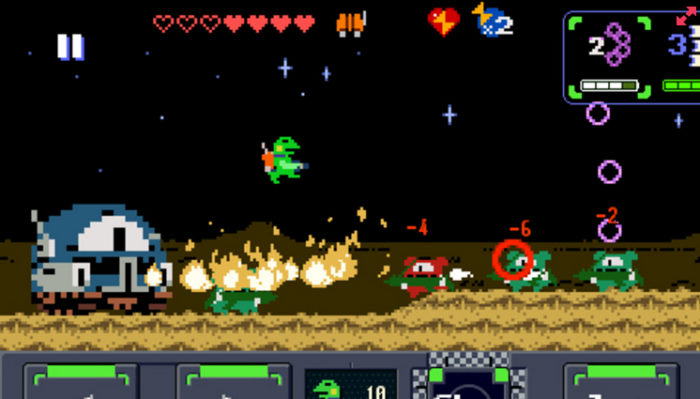 Pixel, otherwise known as the renowned creator of Cave Story is releasing his 2014 title, Kero Blaster, onto the PlayStation 4 next week. The game initially released on PC in 2014; this action title starring a bipedal frog will mark the game’s first appearance on a home console.

Daisuke “Pixel” Amaya went to the official PlayStation Blog to announce the release of the game, which is April 11. He talks about the transition from developing Cave Story to creating Kero Blaster, “Moving from Cave Story to Kero Blaster has been an interesting transition in my life. In the beginning, I was making various smaller games. After Nicalis helped me sell many copies of Cave Story, I decided to quit my job making printer software and become a full-time game developer. Kero Blaster is the first game I’ve created since then.”

He continues, “Kero is a linear side-scrolling action platformer. In contrast to the detailed exploration of Cave Story, in Kero Blaster the player simply proceeds right, encounters enemies, defeats the boss and moves on in a series of seven different stage types.”

“Zangyou Mode” will be available by beating the game once and is available in the PS4 version. This mode is for action-game veterans only and will be quite challenging.

Kero Blaster comes to the PS4 on April 11.