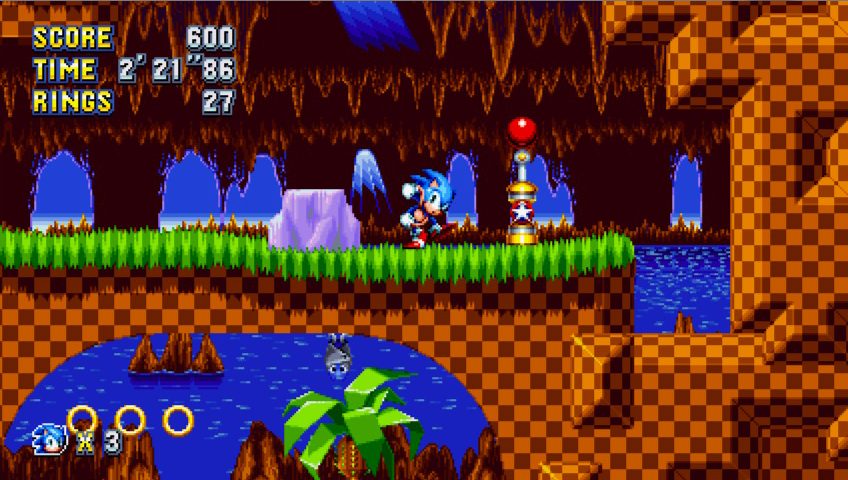 Twinfinite was at the recently held EGX Rezzed event at Tobacco Dock in London and had a chance to sit down and talk Sonic Mania and Forces with SEGA Product Manager Jim Dyer. Sitting in an underground office below the convention, we were privy to a hands-on playthrough of Sonic Mania, as well as a hands-off gameplay presentation of SEGA’s upcoming Sonic Forces.

Twinfinite: Hi Jim, thanks for speaking with us today. What is SEGA Europe’s vision for Sonic Mania and why is now the right time to go back to 16-bit?

Jim Dyer: We’re working with Christian “Taxman” Whitehead and Simon “Stealth” Thomley from Headcannon who are huge Sonic fans that used to make their own modded ROM versions of the original Sonic games. We saw that the Sonic community went absolutely nuts for these games. They were hailed as some of the best re-imagined works of the original-style Sonic games, so Mania is a new initiative from the Sonic team to build on that success.

Basically, the Sonic team approached Christian Whitehead and Simon Thomley and asked if they wanted to do a full scale funded project. They couldn’t believe their luck; to be involved in Sonic’s history in a broader way.

From SEGA’s point of view, Sonic is adored by our fans and we want to make a game that is by fans for fans, and is exactly what they want. Sonic Mania is a game in development with heavy involvement from some of Sonic’s biggest fans in Christian Whitehead and the team at Headcannon. The project is being overseen by Sonic development icon, Takashi Iizuka who is lending his extensive expertise and guidance every step of the way. It is a real labour of love for all involved. And to that point, this is why we’ve recently delayed the game because they are working overtime. They are making little adjustments and adding things here and there to enrich the experience. This is very much by fans for fans and we want to give them breathing room to make it the best possible game it can be.

Twinfinite: Does SEGA Europe see Sonic Mania as a way to rebuild interest and momentum for the franchise before the release of Sonic Forces?

Dyer: At the end of the day, SEGA is a business and there is a strategy behind everything. Every publisher has their niche, and one of our biggest niches is our community. People who love SEGA, love SEGA. Our model has changed drastically over the past decade. We went from a [Japanese] franchise into evolving into a PC, RTS powerhouse. This was great for our business model, but our fans who love our original titles are still there and we need to speak to that audience.

To answer your question: Sonic Mania is for the fans. The plan with Sonic Forces, bringing Forces out soon after, is that it is a Sonic game for everyone. Sonic Mania is one for fans, either because of nostalgia or for people who just love the brand, or for kids that recognize the character.

Sonic Forces is its own initiative. It is a broader game, a different sort of Sonic than what we’ve done before. It is about reinvigorating Sonic. I won’t say Forces is about making Sonic relevant again because I don’t think that is quite the right term, but we understand we have a flagship IP, this brand powerhouse that SEGA wants to get back to what it should be.

Sonic is a franchise that we’ve tried to evolve but it hasn’t necessarily worked – I can openly say that. Generations and Colors were huge successes within the modern Sonic world, but it is about taking modern Sonic and making it something more.

Twinfinite: We see so many retro-inspired games these days, especially in the indie scene, and some of them have done very well. Is there a financial initiative to try and capitalize on this interest in pixel art/retro gaming that has influenced SEGA’s decision to publish a Sonic game with a 16-bit aesthetic?

Dyer: That is a great question. You’re certainly right, there is definitely an appetite for games with pixel art, whether that be 8 or 16-bit, but Sonic Mania is not a conscious decision to cash-in on that market. At its heart, this is an indie developed game that SEGA is facilitating. It is more about the capabilities of the indie games, their vision and the game they want to make and the game they want know the community want made.

Of course, SEGA recognizes that the ROM versions of the games that they made did so well, including the successful Sonic CD port to mobile. There is no doubt in my mind that people want to pick up Sonic, not just for nostalgia but because they are into that theme, but the initiative is about the fans, that is the goal; to let them know we are listening.

Twinfinite: We’re about to play the re-imagined Green Hills level, can you tell me more about what we can expect from the other levels in the game?

Dyer: There will certainly be other re-imagined versions of levels that we’ve seen in previous Sonic games. There will also be levels you haven’t seen before or have been altered so much that they are almost completely unrecognizable. We gave the team access to levels that didn’t make it into other Sonic games and they have been redesigned and re-engineered to work for Sonic Mania. You’re going to see lots of easter eggs and nods to previous games worked in that veteran Sonic players will certainly be able to spot.

Twinfinite: Sonic Mania certainly looks the part, but it also sounds great. Who was responsible for the sound design?

Dyer: Tee Lopez, who has been involved in previous ROM versions of the game, has done a fantastic job with the sound design for Sonic Mania. Essentially, SEGA provided all the soundtracks from 1,2, and 3 and have given him free reign to re-imagine them in any way he sees fit. Again, it is about facilitating them to make the game to whatever vision We’re very happy with how it has come together.

In general, the team at Pagoda West are using their experience and doing a superb job. We are very confident that we’ve got something with Sonic Mania that is going to be absolutely brilliant.

Twinfinite: Will we see a physical release for Sonic Mania?

Dyer: We would love to do one. We want the community to know that we are listening, and at SXSW they suggested a lot of interest in us following through with a physical release. But we’re also aware that audience approves of anything Sonic related, so while we are listening and it is something we’d like to do, at this stage we are going to see how it goes.

Check out our preview for our full hands-on impressions of Sonic Mania from EGX Rezzed.