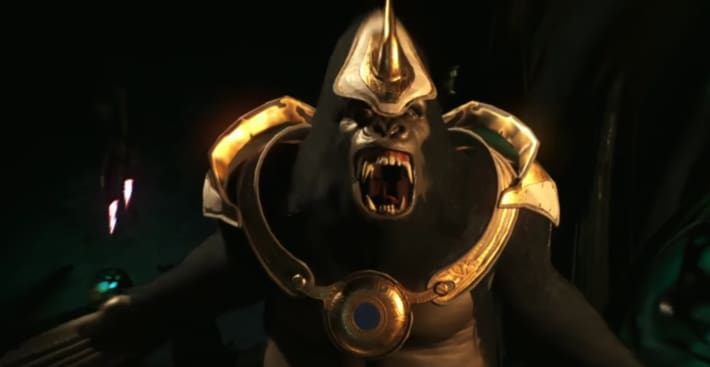 It’s a little over a month before Netherrealm’s Injustice 2 finally arrives, and the Shattered Alliances series of trailers has been providing info on the story mode. So far, we know that Brainiac and Supergirl will be arriving to Earth to cause trouble, and the other heroes of the world are debating on whether or not they can trust Superman enough to free him from prison. But that’s the least of their problems, as Gorilla Grodd has assembled an army of sentient primates and other supervillains to form a Society to take over the planet.

Said villains include Bane, Cheetah, Poison Ivy, Captain Cold, Reverse Flash, and who knows who else. Either way, there’s going to be a lot of punching and action going on by the time Injustice 2’s story ode wraps, which looks to be even more gonzo and ridiculous than the last game’s. There’s no doubt that not everyone will be walking away from this with their health intact, as the trailer’s end shows us with Captain Cold ready to put Flash on ice for good.

Injustice 2 punches its way to the PS4 and Xbox One on May 16.