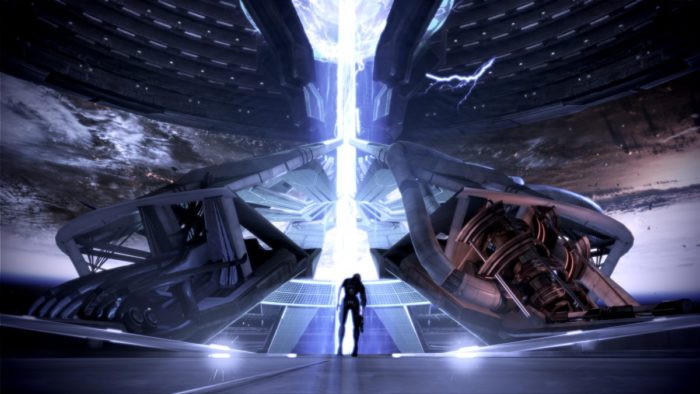 Ah, Indoctrination Theory, everyone’s favorite way to try and whisk away the controversial at-face-value ending of Mass Effect 3 and replace it with something that would be undeniably more awesome and crazy. Whether you believe in it or not, it’s still a compelling and well argued interpretation of the ending of the original Mass Effect trilogy.

Popular YouTube channel The Game Theorists, likely inspired by the release of the latest game in the series, Mass Effect: Andromeda, decided to pick the Indoctrination Theory back up, and also added an interesting new piece of evidence to further legitimize it.

Now if you haven’t heard of Indoctrination Theory or you’re rusty, the quick overly simplified one run-on sentence explanation is this: Commander Shepard over the course of the trilogy became indoctrinated by the Reapers, and the ending that everyone hates isn’t actually real, but rather a battle in his/her own mind as he/she struggles to fight off complete indoctrination. The majority of The Game Theorists’ video recaps Indoctrination Theory, so you can hop right in above if you wanted to check that out.

If you’re like me and have watched every single Indoctrination Theory video that exists five times over, you can skip to around the 14 minute mark as that is when the new stuff begins to kick in.

We highly suggest watching the video, but if you can’t, the cliff notes are this: Reaper infrasound plays a huge part in indoctrination. The reason everything starts going buck wild for Commander Shepard in Mass Effect 3 is because the Reapers are closer than ever to Shepard and can start seriously amping up the infrasound that inevitably drives Shepard nuts, a phenomena that has a scientific basis in realty as well.

It’s definitely worth the watch if no other reason then to remind yourself how awesome the Indoctrination Theory is, and then get really sad because it’s probably not, nor will ever be, canon.