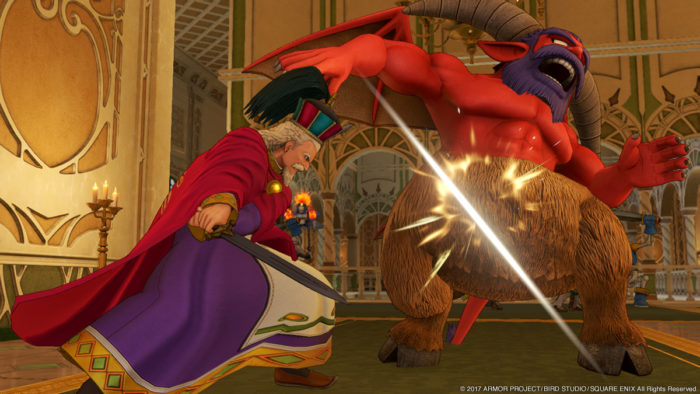 The official Japanese Dragon Quest XI website has been updated, and with it comes a batch of new screenshots for both the PS4 and 3DS versions of the game. The website also includes new details about a few key characters in the game.

The first character is the king of Delcadar, also known as the “rare emperor.” The king is known for his wisdom and prowess as a master swordsman. He’s also described as “rare” because he’s someone who actually possesses all the qualities that a proper king should have.

We’re also introduced to the general Greig, who is known as the undefeated swordsman in the kingdom. Greig is fiercely loyal to his leader, and would do anything to protect the kingdom.

Lastly, we have Homer the strategist. While he has achieved and secured a lot of victories for the kingdom, Homer is also described as a cold-blooded strategist who can make decisions quickly based on whatever situation he faces.

Dragon Quest XI is set to be released for the PS4 and 3DS in Japan this July. A Switch version has also been announced, though we haven’t seen any footage just yet. There is no word on whether Dragon Quest XI will be getting localized either.