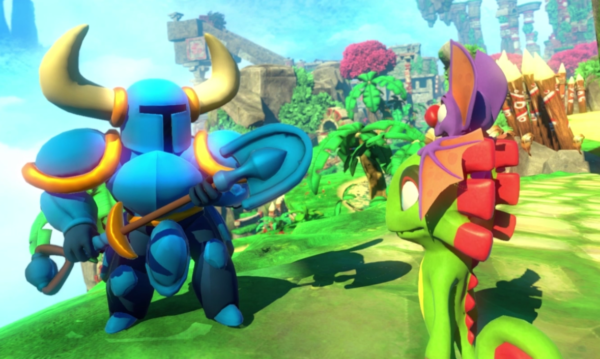 Since the release of beloved 8-bit love letter Shovel Knight in 2014, Yacht Club Games has been hard at work on additional features and campaigns promised in their initial Kickstarter campaign.

With the release of Specter of Torment this week and planned release of the game’s final expansion (featuring King Knight) this year, the studio will soon be looking towards their next project. And by the sound of it, they still love the idea of a 3D Shovel Knight game.

“We are dying to bring SK to 3D. We very much want to make that transition, the same way Mario and Zelda and so many classic games had to. We are all also very obsessed with Mario 64, and we would hope to one day make a 3D platformer as fun, engaging, surprising, and thrilling as it! In many ways, it is a style of 3D platformer that hasn’t really been explored since. Most 3D platformers went the collectible route instead,” said Yacht Club’s David D’Angelo in a recent AMA.

The studio has expressed their interest in making a 3D Shovel Knight game as far back as 2014 (not to mention Shovel Knight himself will be making a guest appearance in 3D platformer Yooka-Laylee), but the continued interest as their first project comes to a close suggests serious consideration.

Though, that idea is not set in stone by any means. When asked about their future projects, D’Angleo said, “We don’t have anything in the works right now as we’re still working on King Knight and the 4 player battle mode. But we’re committed to starting a new project this year. We’d love to make a sequel and a new IP! We’ll see what direction we go….”

So, the studio is keeping their options open until they sit down and decide on their next thing, but Shovel Knight 64 is looking more and more like a real possibility. Fingers crossed.