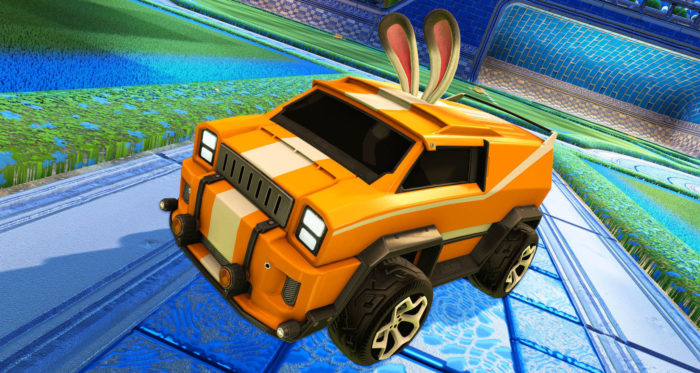 Players will be able to receive the Easter Egg Antenna, Easter Basket Topper, and Bunny Ears Topper beginning this Wednesday, March 22 until April 17. These Easter-themed items can drop randomly after completing multiplayer matches in any online playlist.

The update on March 22 also brings a new mode called Dropshot which removes the familiar soccer goal nets and requires players to create new goals by destroying floor panels. The ball is electrified in this new mode and damages more panels the longer it stays off the ground.

Competitive Season 4 starts this Wednesday as well, offering a wider set of skill tiers with new icons and fewer divisions. This season features a “soft skill reset” which is based on previous skill rankings, rather than a full wipe that caused poor matchmaking balance in Season 3.