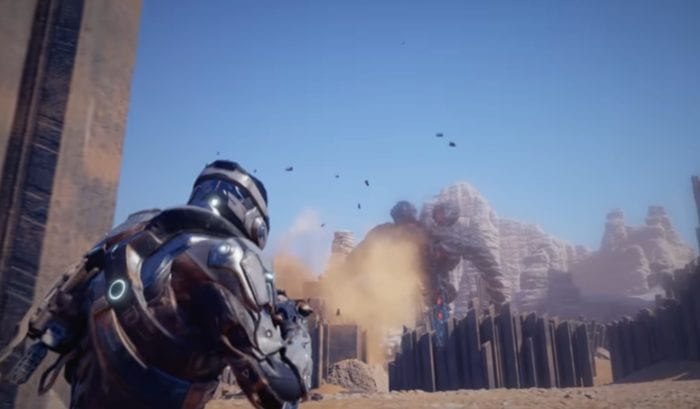 After a showing at PAX East this weekend (which we got to play), BioWare has put out another gameplay video focused on the multiplayer aspect for Mass Effect: Andromeda. Since the beta was canceled, many were concerned about how the co-op would play out, so it’s good that there’s a video explaining how it’ll all work.

Like with the last game, Mass Effect: Andromeda’s multiplayer will have four players fighting wave after wave of enemies and completing objectives. The character count at the start will be over 25, covering all classes and races, both from the Milky Way and Andromeda galaxies. Each one has their own skills and abilities that players can customize, from weapons to powers. While more weapons will be arriving in the months to come, there’ll be 40 at launch, and they can all be customized. Boosters return, offering extra XP or ammo types for you to wreck shop with. The video shows off how co-op in the game is supposed to work, along with new Remnant enemy types called the Observers and Assemblers.

At launch, Mass Effect: Andromeda will have five multiplayer maps–Firebase Sandstorm, Firebase Zero, Firebase Icebreaker, Firebase Magma, and Firebase Derelict. More will be coming all for the lovely price of free, so don’t worry about having to fork over cash for a season pass.