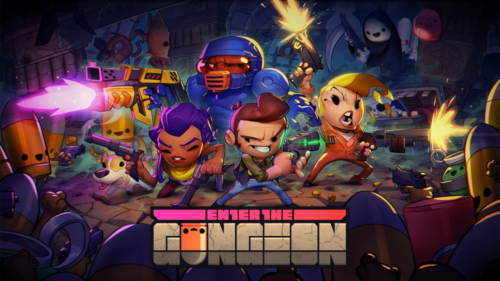 Popular bullet hell dungeon crawler, Enter the Gungeon, is making its way to Xbox One and Windows 10 next week.

The game originally released for PlayStation 4 on April 5, 2016 and Dodge Roll’s announcement reveals that it will be coming to Xbox One exactly one year later, on April 5.

It will be another Xbox Play Anywhere title that will allow cross-save and cross-buy support. “Enter the Gungeon mixes bullet hell mechanics with the rogue-lite dungeon crawler genre. Every session sees the player fighting through an ever-changing fortress of doom, on a quest to reach the Gungeon’s ultimate treasure: The Gun that can kill the past. Along the way, you’ll wield more than 400 guns and items, dodge bullets, flip tables, meet weird NPCs, and duel massive bosses,” reads the game’s description in the announcement post.

The Supply Drop Update, a free update that came to the original versions in January, will be included in the Xbox One and Windows 10 releases. Other technical improvements will be made in time for the Xbox One release.

Enter the Gungeon will come to Xbox One and Windows 10 with Play Anywhere on April 5.