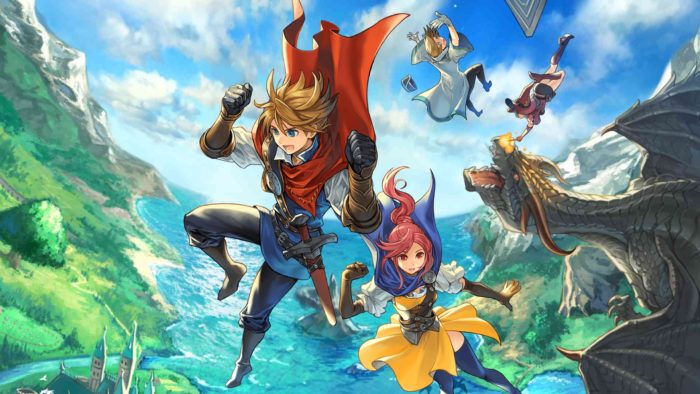 Did you think that the 3DS has had enough RPG’s? Well, now the handheld system will be getting two more this Summer by the name of RPG Maker Fes and Culdcept Revolt, NIS announced at its 2017 press event. NIS America is known for taking Japanese games and bringing them to the West for all to enjoy.

RPG Maker Fes lets you create RPG’s until you just simply can’t anymore. The simple yet deep customization tools lets players become the next best developers. Here’s the press release from NIS on the game:

Ready to become a game developer? RPG Maker Fes makes it easy to develop any RPG you can imagine with no need for programming knowhow. Simple, but powerful tools let you bring to life the amazing stories in your head. Customize the characters, stories, combat and more to become the next great developer. Then, share your creations and play others with the free RPG Maker Player. What story will you share?

There will apparently be a companion app of sorts that will be available for download on the Eshop once the game comes out that will let you try out other players creations.

The other game to come out of this announcement is Culdcept Revolt, a series that hasn’t been seen in the West for nine years. It’s basically a strategy RPG that has you playing with cards as well; think of Magic: The Gathering but in an RPG form. NIS has provided an overview on the title:

As the Culdcept series celebrates its 20th Anniversary, the addictive card game-meetsboard game is back, bigger and better than ever with hundreds of new cards, inventive boards, and exciting multiplayer. Follow Allen, a new recruit for the rebel Free Bat forces as you fight for freedom from the tyranny of Count Kraniss. Build your deck, create new strategies, and dominate the board in Culdcept Revolt!

With all the classic elements veterans love yet a gentle learning curve for newcomers, Culdcept Revolt is the best Culdcept yet.

You can watch the announcement trailer right here.