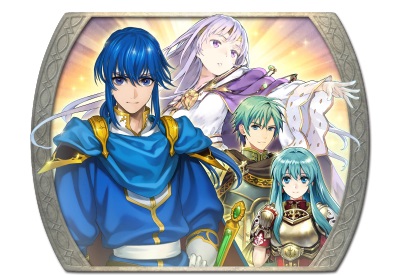 Just a few days ago, four new Fire Emblem Heroes characters were announced. Ephraim, Eirika, Seliph, and Julia are now available. All four characters are five star focus characters under the new “Family Bonds” banner. The Family Bonds banner will be available until Feb. 26. Both the Deep Devotion and Legendary Heroes banners are now gone. The focus characters found in the old banners can all still be summoned, though without the increased focus rates.

In addition to the new characters, Paralogues has opened up for the first time. Found under the Story Maps section of the battle menu, Paralogue 1 currently has three missions. Each mission will give one orb, for a total of nine orbs if players complete the paralogue on every mode. The Paralogue missions will also end on Feb. 26.

Here’s the character breakdown from the app for your convenience:

Eirika: Princess of Renais. Ephraim’s twin. Cares dearly for her brother. Her kindness has sometimes put her in danger. Appears in Fire Emblem: The Sacred Stone.

Skills learnable by 5 star:
-Sieglinde (Mt: 16 Rng: 1)
Grants adjacent allies Atk +3 through their next actions at the start of each turn
-Pivot Assist (Rng: 1)
Unit moves to opposite side of adjacent ally.
-Drag Back Passive
If units initiates attack, the unit moves 1 space away after combat. Foes moves into unit’s previous space.
-Hone Spd 3 Passive
Grants adjacent allies Spd +4 through their next actions at the start each turn.

Her Sieglinde is a sacred twin with Ephraim’s Siegmund. Teams can really benefit from this on the battlefield.

Ephraim: Prince of Renais. Eirika’s twin. Cares deeply for his sister. His confidence has sometimes put him in danger. Appears in Fire Emblem: The Sacred Stones.

His Siegmund is a sacred twin with Eirika’s Sieglinde. Team up with allies for a fierce strike!

Julia: Inheritor of the Book of Naga. Seliph’s half-sister by a different father. Gentle, yet faces her destiny with strength. Appears in Fire Emblem: Genealogy of the Holy War.

This Hero can learn to wield the light magic Naga. Its incredible power is a threat to all dragons!

Seliph: Inheritor of the sacred sword Tyrfing. A savior in his time, but dislikes battle. Julia’s half-brother. Appears in Fire Emblem: Genealogy of the Holy War.

Skills learnable at 5 star:
-Tyrfind (Mt: 16 Rng: 1)
Grants Def +4 in battle if unit’s HP is at or above 50%
-Rally Speed Assist (Rng: 1)
Grants Spd +4 to an adjacent ally until the end of the turn
-HP +5 passive
Grants +5 to max HP
-Brash Assault 3 Passive
Unit automatically makes a follow-up when at or above 50% HP and attacking a foe that can counter.

This Hero can learn to wield Tyrfind, which raises Def in fire times. Use it for a surprise comeback!