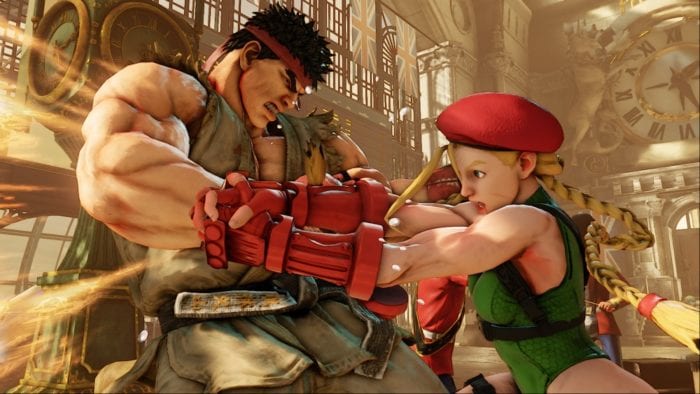 The fighting game community just received some pretty exciting news after ELEAGUE announced it will be hosting a Street Fighter V invitational this spring. The Street Fighter V invitational will have gamers battling it out for their chance to win the largest portion of a $250,000 prize pool. That prize pool may not be exceptional compared to the other massive checks ELEAGUE has signed for gaming tournaments (the Overwatch Open had a $300,000 prize pool and their latest CS:GO Major had a whopping $1 million prize pool) but it is still some major news for the fighting game community since ELEAGUE will be broadcasting the tournament on TBS.

The next season is coming, and it’s going to be down-right fierce! #ELEAGUESFV pic.twitter.com/coybI9PoBP

ELEAGUE is best known for its wildly successful CS:GO tournaments that recently managed to break the Twitch record for the most concurrent viewers on a single channel. That new record is not just an indication of the growing popularity of esports and CS:GO. It’s also a sign that ELEAGUE has quite a bit of clout and it deserves to be recognized in a major way. Turner Broadcasting and WME/IMG joined forces to create ELEAGUE back in the summer of 2016 and it has already made quite the impression on the esports community. ELEAGUE serves as a particularly polished platform for esports and it presents a great chance for the fighting game community to receive a jolt of attention from gamers and mainstream audiences alike. While ELEAGUE tends to excel at presenting gaming tournaments in a way that is easily digestible for casual viewers, IMG’s president of business affairs, Karen Brodkin, also wants to assure hardcore Street Fighter V fans that this tournament will cater to them as well.

“We will approach the Street Fighter V invitational with the same genuine attention to detail that core fans demand while also presenting the opportunity for casual viewers to enjoy one of the most exciting titles in esports,” Brodkin said in a statement.

According to PVPLive, the invitational will include the top 16 teams from last year’s Capcom Cup. That roster includes:

The invitational is scheduled to kick off preliminary rounds on March 27 and will include live coverage on Twitch. Since this is ELEAGUE, however, it’s no surprise that some of the content will be archived for TBS viewers and featured on a special recap show on March 31.

The announcement means that Street Fighter V will be the first fighting game to ever make it to the ELEAGUE stage and according to Turner Sports executive vice president Craig Barry, it was an easy decision to make.

“Street Fighter has a rich history and an extremely deep and passionate fan base, and we’re thrilled to further diversify our ELEAGUE portfolio with this exciting esports title,” Barry said in a statement. “We look forward to bringing a new experience to ELEAGUE and collaborating with Capcom to capture the authenticity of the live event competition while telling a rich narrative surrounding the game, its characters and the players.”