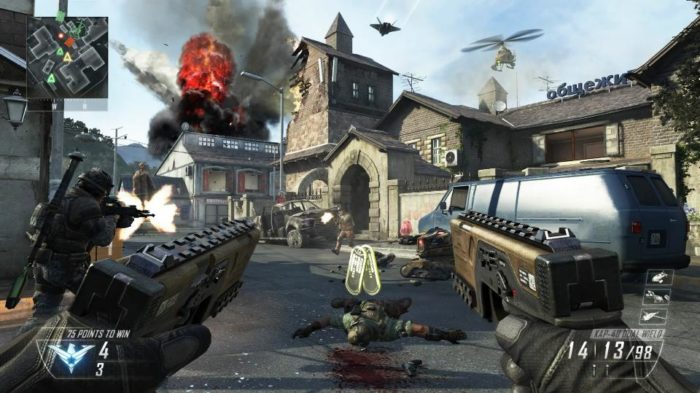 One of the great features on the Xbox One is the fact that it has backwards compatibility with games from Xbox platforms gone by. Once backwards compatibility is approved by the game’s publisher, players can insert the disc and then download the game to their Xbox One. Since the feature was first introduced back in 2015, many great games have been made available including Red Dead Redemption, the BioShock series, and the Mass Effect trilogy.

On xbox.uservoice.com, gamers can vote on which games from years past they’d most like to see become available on the Xbox One. The most wanted game is currently Call of Duty: Black Ops 2 with over 200,000 votes.

There may have been no word so far as to whether the game will see a release on the Xbox One, but Xbox head Phil Spencer has stated on Twitter that he would very much like to see the game become available.

Some fans were discussing which games they would most like to see come to Xbox One when Spencer chimed in.

@bringbo2back_@BlackOpsXboxOne Please don't take my lack of response on BO2 as a lack of caring, I really want to see this come to BC.

Several Call of Duty titles are already available via backwards compatibility including World at War, the original Black Ops, and Call of Duty 3. This month has also seen the release of several games to the feature such as Battlefield: Bad Company 2, Battlefield 3, and Mega Man 9. Here’s hoping Black Ops 2’s publisher, Activision, gives Xbox the green light.