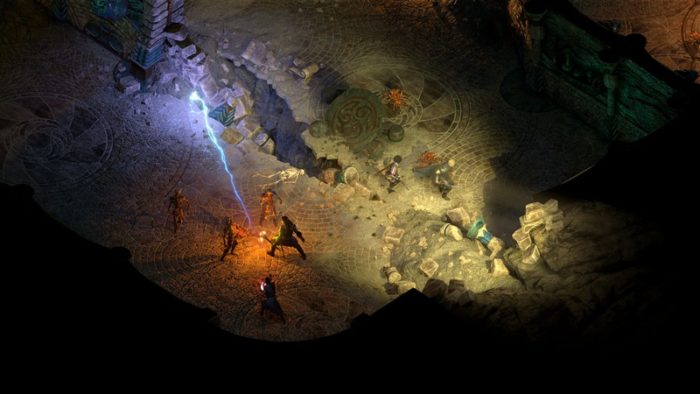 An announcement revealing the crowdfunding campaign of Pillars of Eternity 2: Deadfire was leaked early by Polygon, which has since deleted the post. Reddit user NotRexGrossman was able to save the article, revealing some concept art and new info about the future title.

In September 2012, Obsidian Entertainment held a Kickstarter campaign for its new IP Pillars of Eternity, gathering over $4 million for its development. This time around, Obsidian will be utilizing the crowdfunding site Fig, allegedly asking for $1.1 million in funding for the sequel project.

Pillars of Eternity 2: Deadfire will be a direct sequel, taking place immediatly after the events of the first. In the post by Polygon, it states that the side-quest of the statue of Caed Nua will become the focus of the plot in the second. Polygon quotes a press release stating, “Eothas … the god of light and rebirth was thought dead, but he now inhabits the stone titan that sat buried under your keep, Caed Nua, for millennia. Ripping his way out of the ground, he destroys your stronghold and leaves you at the brink of death. To save your soul, you must track down the wayward god and demand answers.”

Save files from the first game may also effect aspects in the sequel, so you can, “see how your decisions and actions in the Dyrwood persist in Deadfire.”

More information on Pillars of Eternity 2: Deadfire will likely become available as soon as its crowdfunding page is launched on Fig at a currently unknown date.