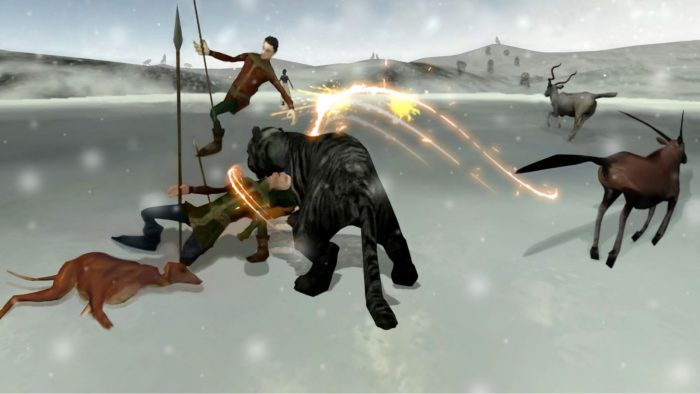 We take back what we said about Life of Black Tiger looking like a PS2 title despite its future launch on the PS4 coming this year, as according to users on Metacritic this game is set to be an earlier contender for 2017’s game of the year.

In the preview trailer seen below, you can see the stunning visuals as you, the majestic Black Tiger, run across vivid landscapes fighting all sorts of enemies like humans, dogs, wolves, and more wolves BUT they are a different color so it’s like a totally new enemy.

Currently on Metacritic, Life of Black Tiger’s user-based score rests at a solid 8.9. One user John_Holland states, “This is the best game I ever played. This is a masterpiece. The Holy grail of video games. Surely marked the history of video games forever,” giving it a sparkling 10/10. While other user MechanicScript says “People buy a PS4 to play Uncharted, The Last Guardian, God of War, BUT, this, this is the game you need to play”, also giving it perfect marks.

Obviously this is a game to keeps your eyes on. Make sure to stick to Twinfinite for our continued coverage of Life of Black Tiger until its anticipated release in Spring 2017.