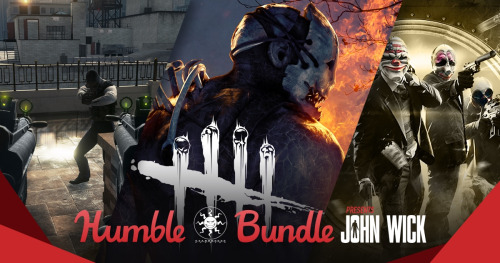 For at least a dollar, you get the base game of Payday 2 for PC and the Bomb Heists DLC, John Wick Weapon Pack DLC, and two monster masks. Spending $6 or more unlocks the Payday 2 Game of the Year Edition and seven masks, including one that looks similar to Pikachu.

Paying $14 or more gives a copy of the multiplayer horror game Dead by Daylight, also published by Starbreeze Studios, and $25 adds a pre-order for John Wick Chronicles. The HTC Vive VR only game is scheduled to release in February 2017, and includes a free, giftable copy of Payday 2.

The $45 tier includes all of the above alongside a Steam digital copy of John Wick and two tickets for John Wick: Chapter 2. The tickets are limited to the first 5,000 orders, and can only be used at AMC and Regal Theatres. John Wick: Chapter 2 releases Feb. 10, and the codes must be redeemed through the Atom Tickets website.

This Humble Bundle is available for the next 72 hours, unlike past bundles which last between one or two weeks. In addition, the Humble Store is holding an encore for its winter sale, including deals for The Witcher III, Dark Souls III, and more.