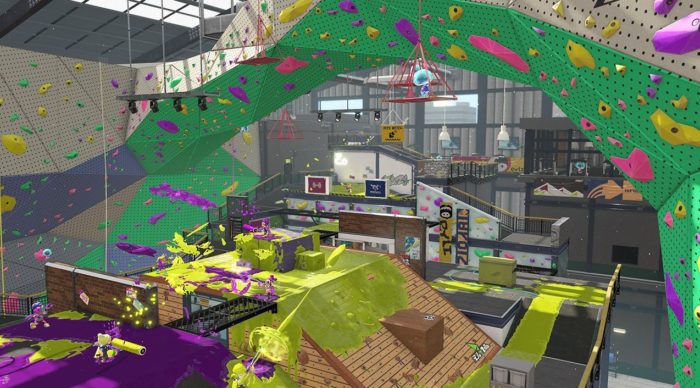 The Nintendo Switch software library looks as if it will be filled with ports and remasters for at least its first few months on the market. Splatoon 2, however, is one of the few high-profile completely new games coming to the Switch within its first six months, and this morning Nintendo gave a first look of one of the shooter’s new stages.

Nintendo’s Japanse Twitter account released a grouping of images of the stage Barnacle Sports Club. As the name implies, the map is essentially a fitness club full of brightly colored barnacles. Inside, players will find a swimming pool, treadmills, and even a huge rock climbing wall that arcs over the middle of the stage. It also has, according to Twitter’s translation, a boulder driving range, whatever that is.

First shown during Nintendo’s Switch teaser video in October 2016, Splatoon 2 was officially announced as a Switch sequel to the 2015 Wii U original earlier this month. It’s scheduled for release at some point this summer.