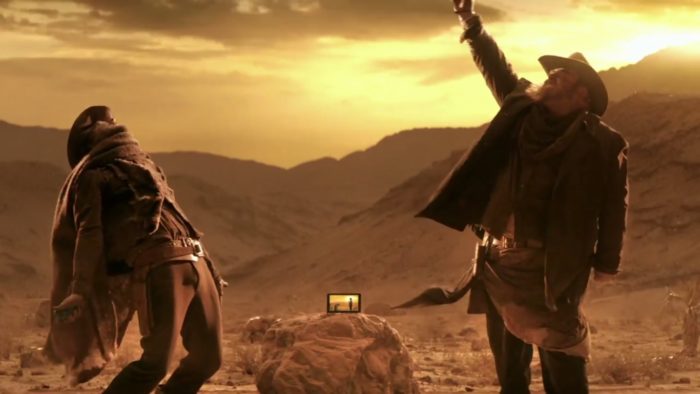 Nintendo’s Switch event today is bringing tons of details on the company’s new platform, including a number of launch titles. One of which will be 1-2 Switch, a party game that faces players against each other in various activities.

The game’s announcement opened with a western-styled shootout, where both players must react to slight movements from the other, and draw their Switch remote first. The remote’s motion tracking will register who was first to draw, and declare them the winner.

A quick montage showed off a few other challenges included in 1-2 Switch, such as competitive yoga, dancing, boxing, and cow milking.

Nintendo shared that they hope the Switch and games like 1-2 Switch become a staple for parties and icebreaking. The design focuses on face-to-face interaction. As Nintendo explained, simply 1 – Stand the switch up, 2 – grab the Joycon controllers, and 3 – hand one to a friend.

1-2 Switch will release alongside the Nintendo Switch on March 3. For more on the new console, check out the event updates below.