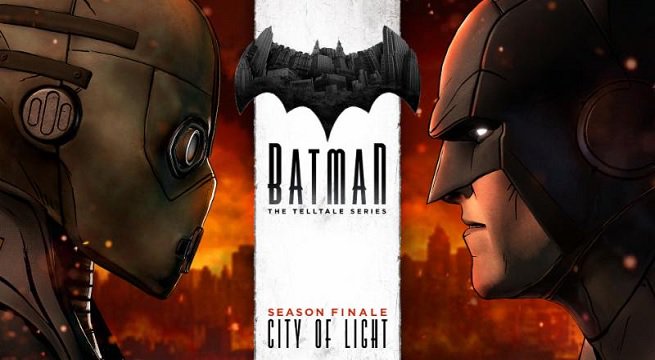 The fifth and final episode of Batman: The Telltale Series will release next week, Telltale has confirmed.

Episode Five, titled ‘City of Light’, will bring the story to a close and Telltale is asking players: “…Which mask will you wear?”

…Which mask will you wear?

It will release on PlayStation 4, Xbox One, PC, PlayStation 3, Xbox 360, and mobile devices on December 13. It will wrap up the story and anyone that was waiting for the whole series to be available can start experiencing the excellent Batman tale. Episode One is also currently playable for free on PC via Steam.

“In Episode 5, the leader of the Children of Arkham prepares to execute the final act of a plan to destroy the Wayne family name, and the people closest to you are in their path of vengeance. Can Batman’s ultimate secret be kept – his very identity – when it is causing chaos and death in Gotham? The fate of the Wayne family and of the city itself rests on your choices. What will you do? How far will you go? Which mask will you wear?”

We will not have to wait long after City of Light’s release to play another Telltale game as the first, two-part episode of season 3 of their The Walking Dead series will be released just days before Christmas.

Episode Five of Batman: The Telltale Series will release on the usual platforms on December 13.