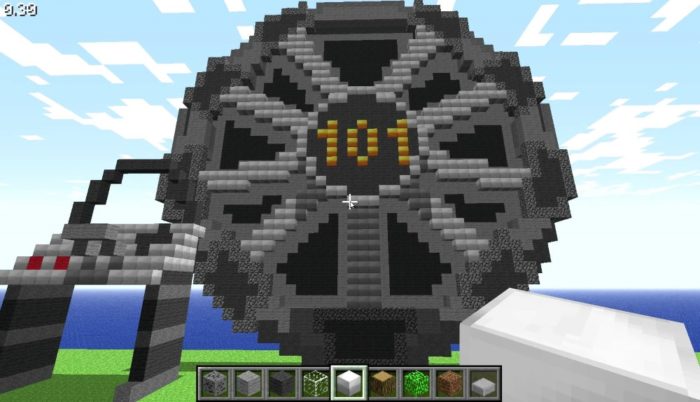 Minecraft and Fallout are two of the biggest gaming franchises around and now they’ve been combined. That right, a Minecraft DLC pack is on its way which will see Minecraft get a Fallout-themed makeover.

The very reasonable $6 add-on will give players access to 44 skins based on characters from the Fallout series such as Fawkes, Nick Valentine, Dogmeat, and Fallout’s mascot, Vault Boy. The world you explore will also be altered and you will find yourself in an irradiated wasteland full of creatures and beasts from the Fallout games such as two headed cows, ghouls, and mutants. You will also be able to explore iconic landmarks from the games such as the Capitol Building and Tenpenny Tower.

The user interface will also be altered and will have a retro-futuristic feel to it just like the tech in Fallout. You can even listen to some of the old-timey songs featured in the games.

Check out the trailer below for more:

An exact release date is yet to be released but it is coming soon and will be available for the PlayStation 4, PlayStation 3, PlayStation Vita Xbox One, Xbox 360, Wii U, and PC.