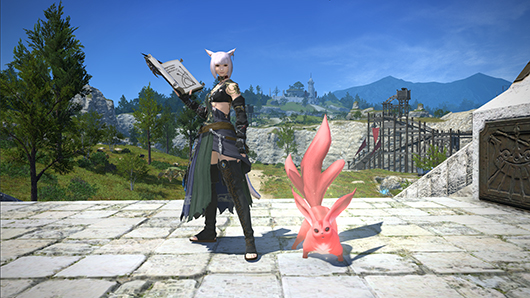 Today on the official website for the MMO, Square Enix announced that Egi glamours will be coming to Final Fantasy XIV in patch 3.5. At launch, there will be three different glamours available that mix up their style, but more are planned for future patches.

The glamours themselves will not appear while in PvP, assumedly to prevent any unfair advantages. The glamours will also be local to only your client, so they will not carry over when switching between the PS4 and PC versions of Final Fantasy XIV. Here’s a look at the three glamours that will be in at launch.

Square Enix recently announced that patch 3.5, called The Far Edge of Fate, is scheduled for release in mid-January of 2017. Among the additions in the patch are the /gpose commands that will essentially act as a photo mode to get the best shots and filters for in-game pictures.