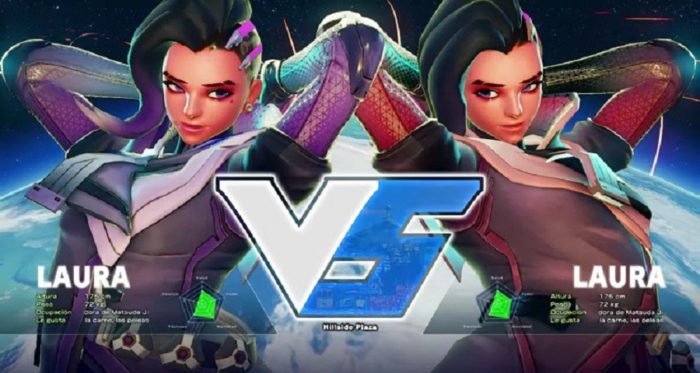 A mod for Street Fighter 5 has made Sombra, from Overwatch, a playable character in the game.

Just can’t get enough Sombra? Well if you’re a fan of Street Fighter V, then modder THEJAMK has you covered: Laura has been re-modelled to resemble Overwatch’s newest and popular addition.

It actually isn’t that difficult to imagine: Laura, with her one-sided undercut, already resembled Sombra a fair bit, and so a re-skin to swap out Laura’s green and yellow clothes for Sombra’s vibrant purple outfit completed the look.

On the mod itself, THEJAMK said:

“Well, I think it was obvious this Mod. I’m not exactly proud of the animation in the clothes, but I think it’s not that bad. The colors are not exactly the same as the original because I wanted the alternative colors to work. And it is somewhat difficult since the character has degraded colors. Anyway I hope you like it.”

Imagine a world in which the old cross-franchise fighters were joined by the likes of Blizzard Vs Capcom. We can dream.