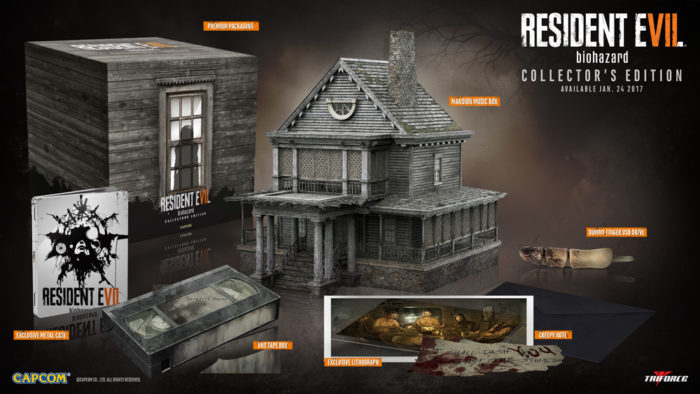 GameStop has revealed the Resident Evil 7 Collector’s Edition, and it comes with quite a few goodies. Most notably, however, is the dummy finger USB drive. Players who checked out the Beginning Hour demo know full well that the dummy finger item is something that has caused fans quite the headache, as no one could figure out what it was used for. The Twilight update seemed to bring us closer to the end of the mystery, but still no discernible use for the item. Here’s what the collector’s edition will come with:

The mansion itself is a giant music box, so that should be a pretty neat item for collectors to have. Will you be picking this one up on launch day? Let us know in the comments down below.