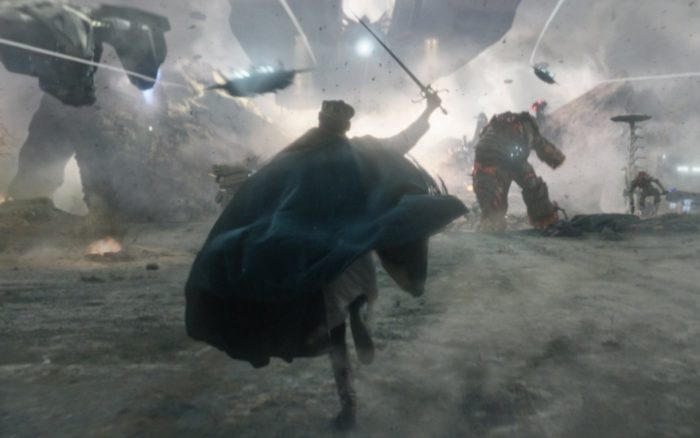 In the latest PlayStation commercial from Sony entitled “The King”, several upcoming PlayStation exclusives as well as some older classics are showcased in live-action with impressive CGI. The ad shows off Horizon Zero Dawn’s protagonist Aloy fighting a massive robotic beast, God of War’s Kratos ripping apart a lava-spewing giant, and many more smaller references.

In the ad, a visibly bored King sits atop his throne as haunting rendition of Eurythmics’ Sweet Dreams creeps forward. Like video game players, he desires to escape the mundane and travel into other worlds where he can adopt the lives of the game’s heroes.

PlayStation shared the ad on their social media, but also shared a shorter version on their YouTube channel that included an extra scene featuring Spider-Man. This is referencing PlayStation’s future PS4 exclusive Spider-Man title made in association with both Marvel and Insomniac Games, which has yet to receive as release date. You can check out the original, longer video here, and the shorter but Spidey version here.

This latest ad is extremely reminiscent of another favorite PS3 live-action commercial released in 2011 entitled “Michael”. How awesome would it be to have a bar full of video game characters cheer for you?