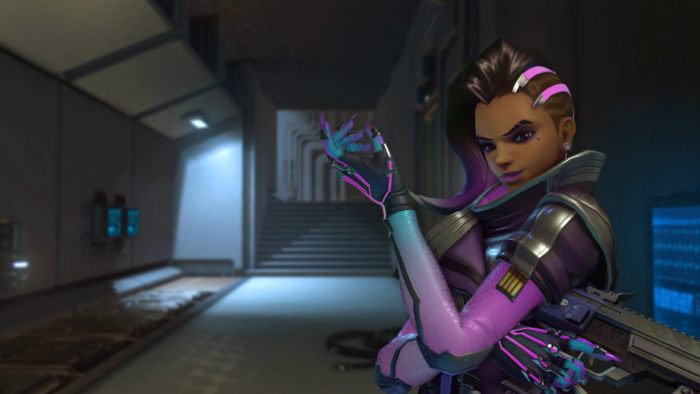 Sombra has finally been added to Overwatch today. The newest patch for the multiplayer shooter clocks in around 10 GB and is available for Xbox One, PC, and PlayStation 4.

After a long time teasing the new hero through an arduous ARG, Blizzard moved the offense hacker from the public test server to the live game. She retains all of her abilities, such as her Thermoptic Camo for turning invisible, Translocator for teleporting to the device’s last location, and her EMP Ultimate which destroys any barriers and shields within range.

Brawl has been removed from Overwatch and replaced with Arcade mode. The new mode offers players rotating game modes that can change rules like “no hero switching.” Arcade mode earns just as much experience as other modes and Arcade-specific rewards like loot boxes.

The second season of Competitive Play ends on Nov. 23, and the third season begins on Nov. 30. Players can still play that ruleset during the week off, but skill ratings will not be affected and Competitive points will not be rewarded. The developer adds that skill ratings will be slightly lower after the season 3 placement matches, but will return to normal after playing enough matches.

The patch also adds a new Arena map, Antarctica, as well as a huge list of hero changes and bug fixes. The full list of patch notes can be found in the Blizzard launcher or on the game’s official forum.