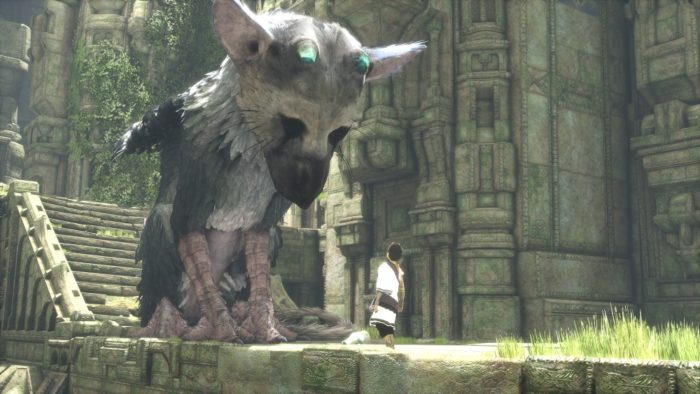 The Last Guardian was first announced back in 2009 and it has been a long and arduous journey for both the developers and the fans who are so looking forward to the game. The long wait is almost over and The Last Guardian will be released in just under two weeks.

To celebrate the release, the Official PlayStation Blog has published some fan art inspired by the title and have interviewed the artists who created them. Hopefully these gorgeous pieces will help tide you over until the game’s launch.

One such piece of art is this beautiful rendition by Tinhan, who said of the project: “I started drawing this piece immediately after watching the 2015 E3 trailer. I’ve never played any of Team Ico’s games, but one of my close friends in high school loved them obsessively. She told me all about scaling the colossi or holding Yorda’s hand and we were both so excited when the first trailer for The Last Guardian was released. I was in grade 10 at the time… I guess you could say that The Last Guardian embodies a lot of my teenage nostalgia.

“I started this piece in black and white, avoiding drawing any line-art and just painting in large shapes, similar to painting traditionally. I later used overlay layers on top and gradient maps to glaze some color on, then hand painted the rest of the colors. There are some subtle (or not-so-subtle) color shifts going on, most noticeably on Trico’s ear, which I picked up from looking at other artists’ work. I’m not sure why, but those shifts give life to the piece.

“I don’t normally paint like this, especially not animals, but I really wanted to capture the magical Trico I saw in the trailer.”

Be sure to click on the name of each artist to check out their other work. The Last Guardian is set to be released exclusively on the PlayStation 4 on Dec. 6.