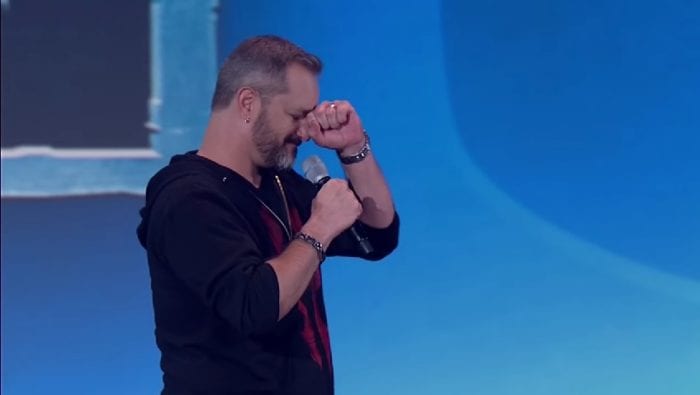 Back in September, Blizzard’s Chris Metzen announced his retirement from the games industry after 23 years working at Blizzard. Metzen, who had co-directed Overwatch as well as playing a leading creative role in past games like World of Warcraft, said that working for Blizzard was “the time of [his] life.” So why walk away?

In his retirement message, Metzen said he wanted to spend more time at his family. But in an interview (via Kotaku) with Frogpants Studios’ Scott Johnson that was posted today, Metzen explained that the stress he felt to outperform his last creative success was crushing and never-ending.

“What if the next game isn’t perfect? What if people hate it? What if, through the course of action, I dishonor the company or dishonor myself through not performing well enough?” asked a rhetorical Metzen. “Looking back now, I see I had kind of fallen into a trap, which is this cycle of performance.”

Continuing, Metzen said he felt a “desperate need for validation” that he described as a “vicious cycle.” Essentially, even if he got the validation he sought, he would immediately feel pressured to outperform the new expectations set by that validation, which caused him no small amount of anxiety over the past three years.

“You’re never safe,” he added. “You have to out-do it the next time. It’s kind of this train you can never get off.”

The situation grew serious enough that it became a medical issue for Metzen. Panic attacks hit him early this year while he was trying to enjoy leisure time watching movies with his wife. The attacks were so bad that the developer felt like his lungs had stopped working. Between having a new baby and starting down the impending launches of Overwatch, World of Warcraft: Legion, and other Blizzard projects, it all became too much for Metzen, and he needed a change.

“I spent so many years running real hot and real fast and chasing this dream that I had and also being a good soldier, a good officer, for this company I was with,” he said while also acknowledging that he’s thankful for having had the opportunity.

Before he calling it a career, he did of course see Overwatch through to launch and beyond. It was a task he referred to as “one last charge at the wall” after the morale-crushing experience that was the cancellation of Project Titan, an MMORPG that Blizzard allegedly nixed in September of 2014 after seven years of development. It wasn’t a complete loss, though, with Metzen having previously revealed that some elements of Titan made it into Overwatch.