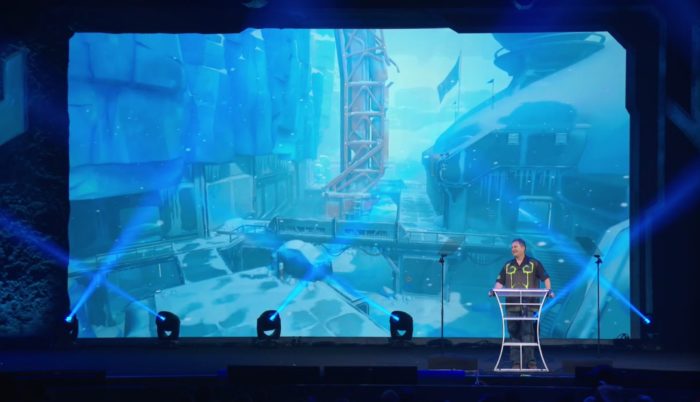 Today at the BlizzCon opening ceremony, there were quite a few reveals for Blizzard’s hot new release, Overwatch. Along with the official introduction of Sombra, Mike Morhaime, the CEO of Blizzard, showed off two new maps coming to Overwatch. The first map, named Oasis, is a “high-tech city that was terraformed in the Arabian Desert.” The second map, Eco-Point Antarctica, will be exclusive to the game’s new Arcade Mode and will be tied directly to Mei’s origins.

The first look at the high-tech city of Oasis.

Along with new maps, two new game types will be added to the previously mentioned Arcade Mode. These game modes are “1v1 and 3v3 arena-style.” Arcade Mode will feature many more game types to come in the future. Sombra, the Arcade Mode and Eco-Point Antarctica will all be available next week on the game’s PTR with Oasis hitting the PTR in December. Stay tuned for more information on new Overwatch maps and modes later during BlizzCon 2016.

Are you looking forward to checking out the high-tech city of Oasis or delving deeper into Mei’s past? Leave a comment and let us know!