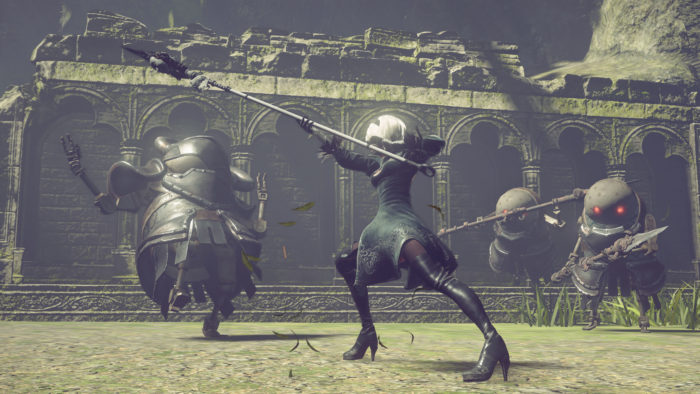 Square Enix has released a brand new batch of screenshots for NieR: Automata, the upcoming action RPG from Platinum Games and Yoko Taro, and the highly anticipated sequel to NiER. These screenshots show off the enemies and environments of the Forest Zone, which is one of the levels that we’ll get to explore in Automata.

The Forest Zone is lush and green, as expected from its name, and it features a large number of mechanical enemies that wear medieval armor. They seem to be under the command of a central leader as well, but we don’t have any details on that leader just yet. We also get a glimpse of our main characters in action, and the game is looking as stylish as ever. With Platinum Games at the helm, players can probably expect flashy combat animations and smooth flow. You can check out the screenshots down below.

NieR: Automata is set to be released for the PS4 and PC in early 2017, but no firm release date has been announced just yet.