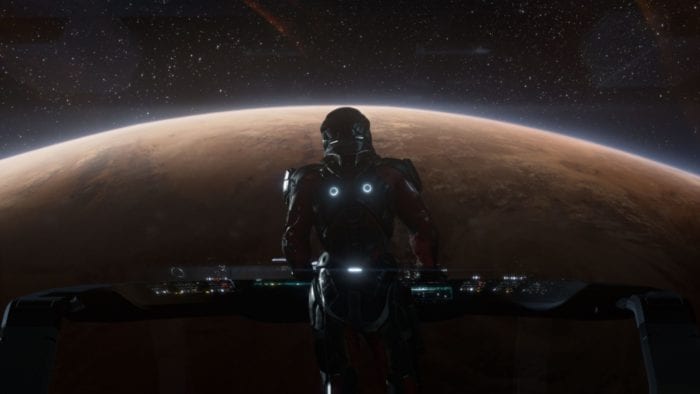 It’s finally here. The trailer for Mass Effect Andromeda gives players a better glimpse into the story, confirming some things fans have already speculated, and giving plenty of new teases. Our new protagonist, Scott or Sarah Ryder, has awakened after being in cryo for 600 years in the Andromeda Galaxy. And from the look of the trailer, things aren’t any less hectic there than they were on Earth.

You're the new Pathfinder. How far will you go? Watch the new Mass Effect: Andromeda trailer. pic.twitter.com/DIKgTXKgCG

As Ryder, players will take on the role of a Pathfinder and stumble across deadly new aliens, like a beast in spikes, and a giant mechanical being who looks like it’ll take some work to bring down. And then there’s also a new race of enemies who have apparently discovered why you (and humans in general?) are special. That can’t be good.

Mass Effect Andromeda comes to the PS4, Xbox One, and PC in Spring of next year. Along with the trailer, today’s news has also yielded us Ryder’s voice actors and the game’s box art.