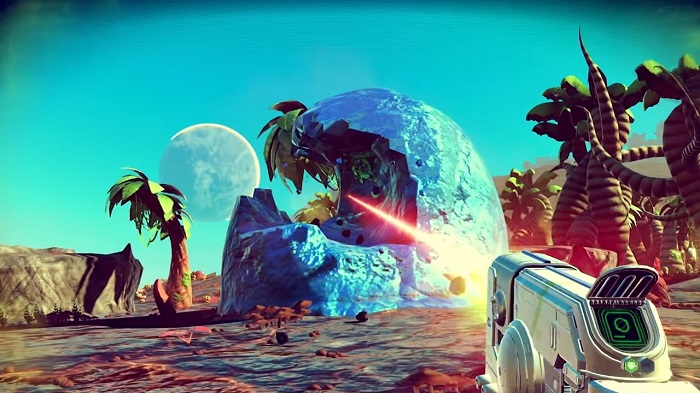 It’s been about two months since an investigation was launched to see if No Man’s Sky really did lie to consumers who purchased the game based on early ads and features listed on the game’s Steam page. Well, the verdict is finally in. The U.K.-based Advertising Standards Authority has cleared Hello Games of all allegations of false advertising.

The results of the investigation were published on the ASA website, which detailed the complaints that were filed against the No Man’s Sky developers as well as why these complains were not upheld.

The ASA and Hello Games both insist that while the appearance of certain features in the game are different from what they were in the advertisements, the game overall is exactly what it promised to be.

“We understood that the screenshots and videos in the ad had been created using game footage, and acknowledged that in doing this the advertisers would aim to show the product in the best light,” the published reported stated. “Taking into account the above points, we considered that the overall impression of the ad was consistent with gameplay and the footage provided, both in terms of that captured by Hello Games and by third parties, and that it did not exaggerate the expected player experience of the game.”

In other words, Hello Games never promised any of us a Grand Theft Auto meets Minecraft in space kind of gaming experience.

Perhaps we all just wished too hard for it.

Despite what the investigation may have found, however, many gamers felt (and still feel) like they had been lied to when they popped in their copy of No Man’s Sky.

In fact, they felt so deceived that many gamers demanded refunds for their purchase and the title has been drowning in negative publicity and bizarre rumors ever since.

Ironically enough, a major part of Hello Games’ defense was the claim that the game is simply so unique to every player that it’s impossible to compare early ads to individual user experiences.

“Hello Games said that, as each user’s experience would be very different, it would be difficult to recreate the exact scenes from the ad,” the findings continued. “However, they believed it was fairly straightforward to locate content of the type shown in the ad and to demonstrate that such content was commonly experienced by all users who played NMS for an average period of time.”

The irony here being that a vast majority of the complaints actually had a lot to do with what many felt to be a stunning lack of diversity and uniqueness in their journeys through space.

The lesson in all of this is that there is a difference between getting duped and feeling like you were duped.

An unknown number of players may feel like Hello Games wasn’t completely honest about the overly hyped space exploration title but when it comes down to the specifics, there was no actual leg pulling here.

Now that the No Man’s Sky developer has been cleared of these false advertising allegations, it’s likely they will be focusing on efforts to churn out even more downloadable content that may be able to put the game back in good graces with those who already coughed up $60 for the game when it was first released.

For now, the latest Foundation update is at least a modest step in the right direction.