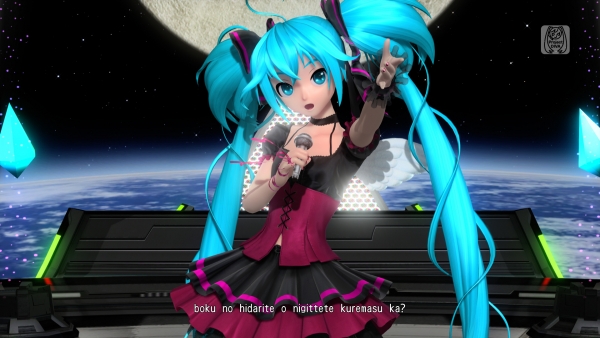 The next entry for the virtual pop star, Hatsune Miku, is coming to North America and Europe before too long. Hatsune Miku: Project Diva Future Tone will release on January 10, 2017 via the PlayStation Store on PS4. Sega made the announcement today and released a short teaser trailer, which you can see down below.

Initially, the game will be released as a free download that contains two playable songs. Through the interface of the game itself, players can two different packages known as “Colorful Tone” and ” Future Sound.” The packages will run for $29.99 individually Colorful Tone will add on songs and costumes relating to the Project Mirai games, while Future Sound adds on ones relating to the Project Diva games. In total there will be over 200 songs, and 300 costumes in the game. Each package can be purchased individually for $29.99, or as a bundle for $53.99. Here’s a rundown of Project Diva Future Tone’s features straight from Sega,

Energy to Surpass Miku Herself – As the arcade version of Hatsune Miku, Future Tone amps up the game’s speed and energy, and players will need to master a different style of control, making it the most frenetic Miku rhythm game yet.
Choose from Hundreds of Songs – With a final tally of 224 songs across both of Future Tone’s packages, the game features the most expansive collection of songs yet from Hatsune Miku and her friends.
Set the Stage – Dress up Hatsune Miku and her friends with more 340 unique costume modules and accessories across the Future Tone packages. Players who purchase both packages will get access to an exclusive feature where they can mix and match costumes and hairstyles.
Bring the House Down -Future Tone takes full advantage of the PlayStation 4 and will present all of the arcade-style action rendered in glorious 1080p/60fps.

Both packs will be available when the game launches for PS4 on January 10. Sega describes it as a “pure arcade experience,” where players will unlock more songs as they play the songs available in any of the five difficulty modes; Easy, Normal, Hard, Extreme, and Extra Extreme.

What do you think about the unique release style of the new Hatsune Miku game? Will you be picking it up come January? Leave a comment below and let us know.