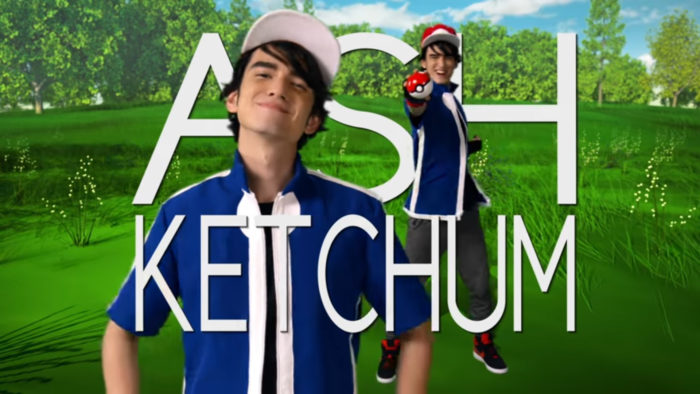 Ash Ketchum of Pokemon stardom finally made his Epic Rap Battles of History debut against Charles Darwin yesterday. In only 2:30 minutes of work, Ash proved that he is the next hot rapper after Shia Labeouf.

Ash starts off a little lighthearted at first, talking more about his skill than getting personal with Darwin, but after Darwin comes at him, Ash goes straight for the jugular. Reminding Darwin that he lost three children while they were still small, “TB and Scarlet Fever, gotta catch ’em all!” DISRESPECTFUL. Ash has zero chill. Watch the video below.

While Darwin does come up with a decent comeback about Ash’s mom to end the video, there’s no recovery from lines like
“When it’s time to train I choose Pikachu, but when I need a weak verse I choose you.”

We’ve seen video game characters take on the Epic Rap Battles of History before, such as the Super Mario Bros. and Master Chief, but Ash of Pokemon might be one of the strongest video game debut’s to date. Ash hasn’t won Pokemon League in the anime yet so maybe a switch to the Ultimate Rap League is in order.

Are you as hyped as us about Ash’s debut, or did Charles take it for you? Let us know below.