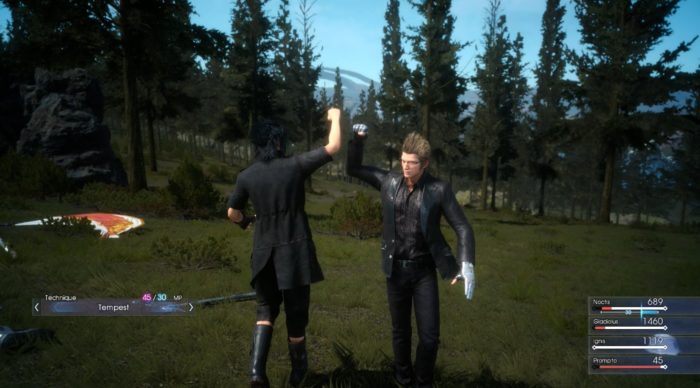 Final Fantasy XV is the latest game to be showcased on Conan O’Brien’s Clueless Gamer series, and this time around, he’s accompanied by Lord of the Rings star, Elijah Wood. Wood has also dabbled in video game work, as he lent his voice to Shay in Broken Age. You can check out the video down below.

We get a look at the opening hours of Final Fantasy XV, where Noctis and crew start off the game by pushing the broken down Regalia to the nearest repair garage. The game later skips ahead to give us a glimpse at a new city, where we find out that the wedding between Noctis and Luna has been canceled. The crew then decides to go check out Luna’s wedding dress… for story reasons, of course. Lastly, the episode also featured a new beast that players will get to fight in the game. Overall, the game is still looking pretty good, though Conan certainly isn’t as charmed by it as other fans.