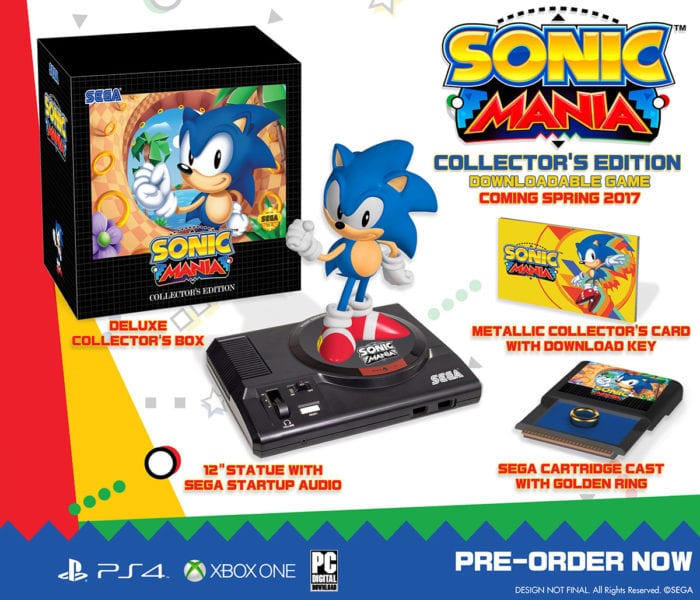 About a month back, Sega announced one of the craziest collector’s editions ever to grace the games industry, for their upcoming release of Sonic Mania.

At the time, it looked as though that product was only set to be made available in North America, but Sega has just revealed that players in Europe will now be able to purchase one too.

The news was revealed with a “1996 EU Version” infomercial for the Collector’s Edition, which you can watch for yourself below.

Ivo Gerscovich, Chief Brand Officer of Sega’s Sonic franchise, stated that the team are “thrilled with the European fan excitement surrounding Sonic Mania,” going on to explain that “while we weren’t able to announce the Sonic Mania Collector’s Edition simultaneously with North America, we are now pleased to announce it’s available for pre-order for Europe. Our fans across the world are important to us.”

The listing on Amazon for the product reveals the Sonic Mania Collector’s Edition can be pre-ordered for £79.99 in the UK.

Sonic Mania is due for release in Spring next year for PlayStation 4, Microsoft Xbox One and PC.