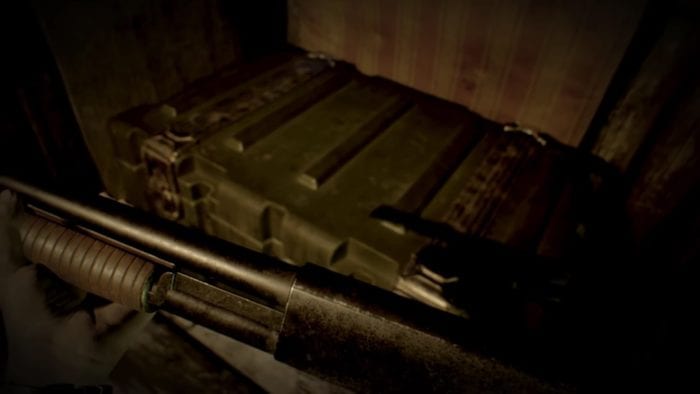 From all we’ve seen of Resident Evil 7 so far, it looks to be quite the departure from the survival horror series we all know and love. For one, it’s going to have a first-person perspective, and it’s actually going to be genuinely creepy and frightening. However, Capcom recently released their second teaser video for the game, and it looks like we’ll be getting our beloved item boxes back. You can check out the video down below.

It’s a short one, but it features the protagonist opening an item box and taking out a shotgun from it. There are also a few other items stored inside the box. From the Beginning Hour demo, we already got a glimpse of the character’s inventory space, and it’s obvious that we’ll only be able to carry a certain number of items at once. With the return of the item boxes, which have been absent since Code: Veronica, the much loved (and hated) inventory management aspect of the series looks primed to make a comeback in this latest entry.