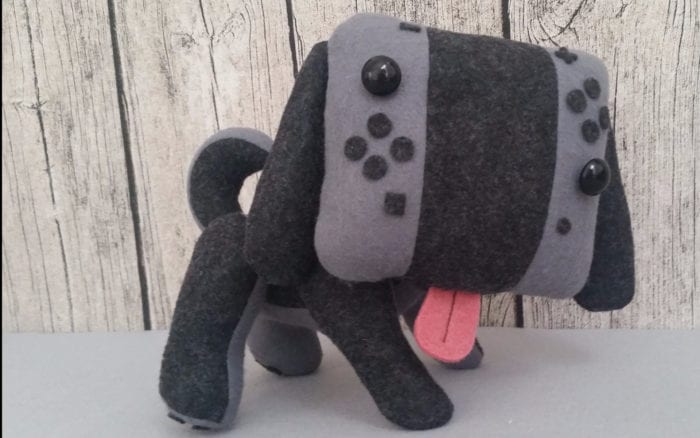 Twitter user and Plushsmith (best job title ever) AnnaTheRed couldn’t wait until March for the release of the Nintendo Switch, so she took matters into her own hands and brought the console to life, as a puppy. Sounds odd, but makes much more sense when you see the cause of her inspiration from Twitter user @cuteosphere in a total cannot unsee moment when it came to the Nintendo Switch’s design.

With the removable sides of the controller acting as ears, the buttons become a mashup of eyes that somehow makes this hunk of plastic friggin’ adorable. Created and stuffed in just one night, you can see the Switch Puppy from every angle in its very own flickr album. Now it’s just a waiting game to see if these puppies become available to purchase online.

For a closer look at the Nintendo Switch itself, check out its reveal trailer from last week or what games we predict will be in its lineup once it’s released. Speaking of gaming stuff that looks like dogs, in Overwatch, don’t Reaper’s dual shotguns look like Doberman heads to you?