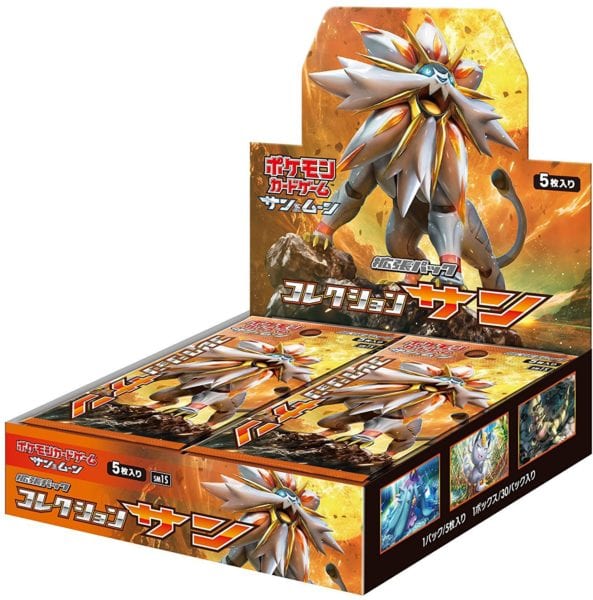 Images for the Pokemon Trading Card Game’s latest booster boxes, which are collections based off of Pokemon Sun and Moon, have been released on Amazon Japan, revealing what appears to be a never-before-seen Pokemon on the side of the Pokemon Sun collection’s box. On the box, fans can see Krokorok and an Alolan Meowth, but the third appears to be some strange underwater-anemone Pokemon.

Details on the creature including its name, abilities, and type have yet to be revealed, but with its urchin-like appearance (similar to Hawaii’s Helmet Urchin, as noted by PokeBeach), it’s probably safe to say it’s some kind of water Pokemon. Stay tuned though, with Pokemon Sun and Moon’s big new demo right around the corner, details might be forthcoming. The booster boxes are set to be released in Japan on December 9, together containing over 120 cards, and they will see an international release as the first Sun and Moon set on February 3.

The seventh generation Pokemon games the booster boxes are based on release November 18 for 3DS, and the demo drops tomorrow, October 18, on the Nintendo eShop. To stay up to date with all things Pokemon, be sure to check back with Twinfinite.