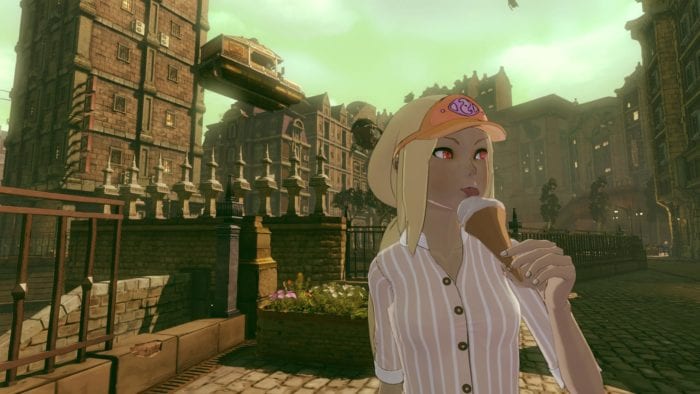 It’s a shame that Gravity Rush 2, originally slated for a December release, has been pushed back to early 2017. However, Sony has just released some new screenshots and artwork to help tide you over. As a nice surprise, it looks like players will get to revisit Hekseville in the upcoming sequel. Hekseville was the town that Kat lived in back in the original Gravity Rush, and she started out in the Auldnoir district where the whole story kicked off in the first place.

In addition to that, we also get a look at some of the costumes Kat can don in the game. This includes a school uniform, which she got to wear very briefly during a mission back in Gravity Rush. There’s also a nurse outfit and a miner outfit. One of the screenshots feature Kat eating an ice-cream. Maybe players will get to buy food in the game? You can check out the new screenshots down below.