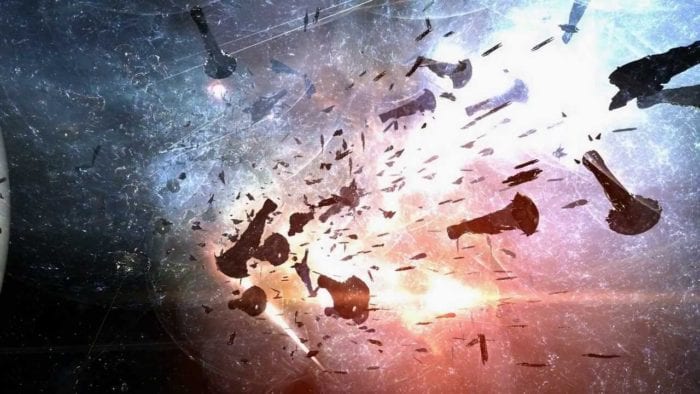 EVE Online has always had an absurd amount of drama between players. This game is notorious for disputes and battles that total thousands and thousands of real life dollars. This most recent dispute between EVE Online players not only requires legal action, but also features large sums of money.

Player holder2k is offering a $75,000 bounty for players to destroy the corporation Hard Knocks. Every pilot that is involved in this victory will get an equal share of the money. This contract will go live at the end of the month during an EVE meetup in Las Vegas. All of this is happening on PayPal and he’s got precautions in place to make sure no one can just run off with his money.

Hard Knocks is one of the largest and most infamous corporations in the game. They are said to have built EVE’s equivalent of a Death Star that can destroy a whole fleet with one attack. Due to their heavy defenses in their sector of the galaxy, this task is pretty much impossible. The Hard Knocks corporation will probably not be destroyed, for any amount of money. Since this contract from holder2k is open to anyone, it is highly speculated that the pilots who take this on will be there to strictly sabotage the pilots trying to destroy Hard Knocks.

Disputes happen all the time on the internet, this one just happened to go too far. Holder2k is believed to be a player named ‘HeWhoShallNotBe Named.’ He used to be a member of Hard Knocks until he had a falling out with one of the heads of the corporation, NoobMan. Holder2k escalated things by saying he wanted to “settle this” in person at the upcoming EVE Vegas meetup. He is now threatening legal action against NoobMan after his personal phone number was released to Hard Knocks, who’s been harassing this man since that happened. (Of course.)

Hard Knocks responded to the bounty by destroying the current headquarters of his new corporation, “Hispanic Enterprises,” not too long after it was declared. “We are evicting Hispanic Enterprises, due to their members constantly being creepy and harassing NoobMan, as well as offering [$75,000] to Reddit to evict [Hard Knocks],” claims Hard Knocks bombardier ‘misterzigger.’

All of this is technically against the terms of service for EVE Online. CCP Games can shut this whole project down before it even starts. In order to execute this properly, holder2k would have to convert that $75,000 into in-game currency and distribute it evenly. That would then nullify the measures he has in place to make sure his money does not get taken by pilots who did not perform in the battle.

The drama from EVE Online will continue to make people who do not play the game anxious while simultaneously sparking their curiosity. In the upcoming weeks before EVE Vegas, this conflict is sure to escalate into something insane and maybe even illegal.