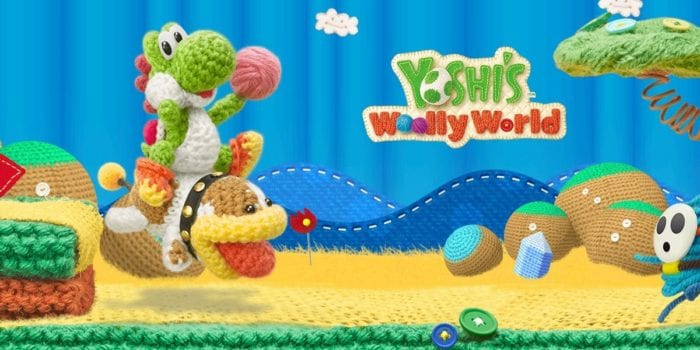 At today’s Nintendo Direct, the company announced that the Wii U game, Yoshi’s Woolly World, will be making its way to the 3DS with the title of Poochy and Yoshi’s Woolly World. The 3DS version of the game will come packed with all of the features of its Wii U counterpart, along with a few new ones.

There will now be Poochy focused levels in the game. These levels are time based and have you jumping to collect beads while heading for the goal. Poochy Pups also make their debut in the 3DS version, as curious little helpers who jump on suspicious spots to indicate secrets and collectibles.

Another big new features for Yoshi’s Woolly World, are a collection of stop-motion animated shorts. Nintendo has collaborated with the studio Dwarf on these adorable shorts, and the 3DS version of the game will come with 30 that show the daily life of Yarn Yoshi and Poochy. Finally a yarn Poochy amiibo will also be releasing alongside the game when it releases.

Poochy and Yoshi’s Woolly World hits the Nintendo 3DS on February 3rd, 2017. Are you excited to jump back into Yoshi’s yarn world, or are you thinking of playing it for the first time now on 3DS? Let us know down in the comments below.