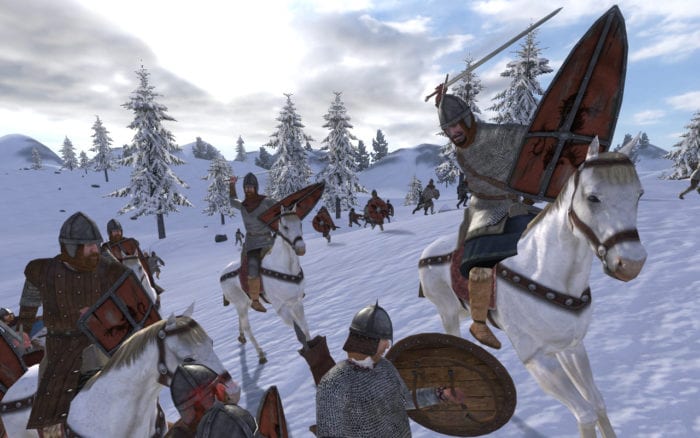 With Mount & Blade II not set to release until sometime next year, console gamers can already get their feet wet with Mount & Blade: Warband. Originally a standalone 2010 expansion to the original game on PC, Warband brings all the classic medieval combat to PS4 and Xbox One.

While the game includes the 32 player competitive multiplayer the series is best known for, it also includes the sandbox single-player game. Following a single character, the Gameplay Features trailer showcases the lowly son of a hunter as he first tries to be a merchant, but soon becomes an outlaw, and eventually even works his way into the nobility. The video also walks through the six different kingdoms the player can choose to join.

“Which lord the player gives their favour to is up to them. They can choose to involve themselves with the Sultan’s cavalry in the deserts and oases of the south, the vast steppes of the Khergiten archers, the snow-covered kingdom of Vaegiar, the proud Axeman of the North, the Knights of Swadia, and rebellious Rhodok of the southwest,” publisher Ravenscourt writes in a press release.

“Whichever realm the player chooses – with enough commitment and the local nobles favour even an adventurer of humble origin can earn his own castle.”

The game is available now on PS4 and Xbox One for $20.