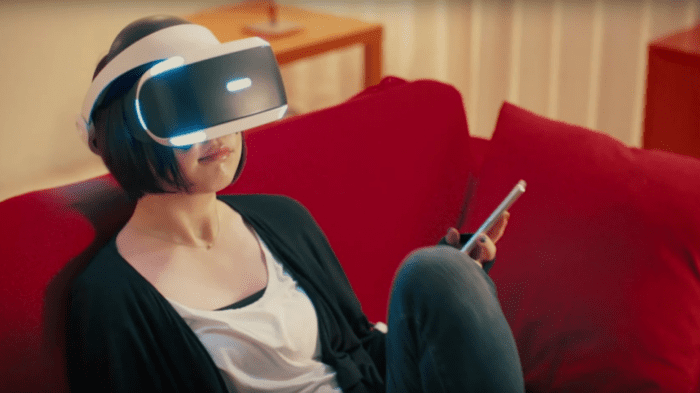 Have you ever wanted to look at your phone without looking at your phone? Well, to those who said yes, it appears Sony has granted your wish with Anywhere VR.

During the trailer, and, more specifically, during the meadow segment, Anywhere VR displays the screen of a smartphone, followed by a frame of the woman using her smartphone. After the woman takes off the headset, a narrator says: “Enjoy your smartphone, Twitter, and mini-games.”

This is a pretty intriguing idea coming from Sony Music Entertainment. Although other mediums of VR, such as Samsung Gear VR, are compatible with smartphones, Anywhere VR introduces a different method of utilizing it.

In regards to what smartphone uses are available on Anywhere VR, we do know that Twitter and mini-games are available, but other basic functions, such as being able to text and call people, is unknown.  However, since the narrator says to enjoy “your smartphone,” it is very likely that many of its features, at the very least, will be available to use in Anywhere VR. In the meantime, are you excited to use your phones in Anywhere VR? Be sure to let us know in the comments below.