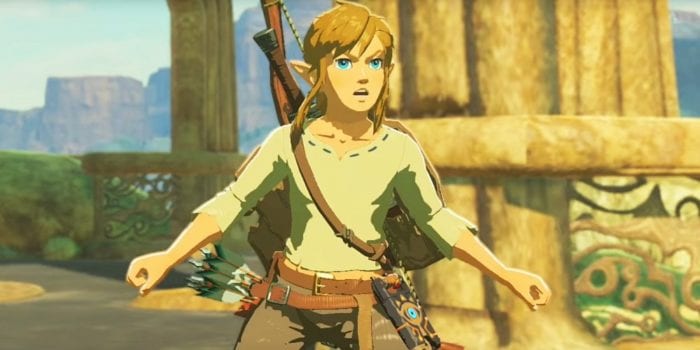 Since revealing last April that its NX console would be releasing in March of 2017 and that The Legend of Zelda: Breath of the Wild had been delayed to that same March release window, Nintendo has been silent on release details for both. But thanks to what appears to be slip-ups by Nintendo UK and Nintendo France, we may now know the launch date for both Nintendo NX and Breath of the Wild.

As was first spotted by Reddit user DalekCydonia, Nintendo UK and Nintendo France’s amiibo sites listed a trio of Breath of the Wild amiibo figures (Archer Link, Rider Link, and Guardian) as having a March 4, 2017 release date. Historically, amiibo have usually released on or after the release date of their associated game. And while amiibo have sometimes released before their game, the dates have tended to be very close.

It’s not a huge jump from there to guess that the Nintendo NX and The Legend of Zelda: Breath of the Wild will release on or around March 4 of next year — but it is still just a guess. Nintendo has remained silent on the matter, so it’s not known at this time if the amiibo’s listed release dates were accurate or a mistake.

The amiibo in question sometimes randomly appear at the bottom of the pages in a “Discover more amiibo” section. As GamesRadar reports, the release dates originally showed underneath the amiibo, but those dates have since been changed to merely 2017. The March 4 date for each amiibo figure was also previously showing in the site’s source code, as commenters on the Reddit thread discovered. GamesRadar managed to grab a screenshot (above) of the original dates before Nintendo pulled them. Note that these dates are in the European day/month/year format.

The change of date could either be a result of Nintendo realizing it had the wrong dates for the amiibo on its websites, or the company may have noticed it had the right dates but had erroneously listed them before it was ready to. It’s unlikely we’ll know which was the case before Nintendo finally holds its official NX unveiling.

When that will come is anyone’s guess, though it would seem the console holder is running out of time to do so before NX and Breath of the Wild’s March release window. Rumors swirled last month that Nintendo would make the announcement in September either at the Tokyo Game Show or during its own event, perhaps a Nintendo Direct. Tokyo Game Show wraps up today, however, and Nintendo has been a no-show.